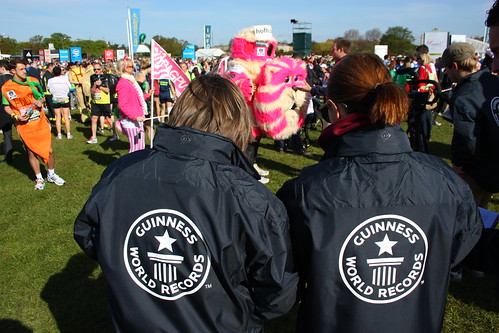 You know that we love everything firework related so thought we would take the opportunity to outline some of the world record beating fireworks successes but at the moment, whilst there are regular attempts to achieve greatness, there are only 5:

• Largest Firework Display – achieved on 10/11/2011. A huge, world record beating display created for the 50th anniversary of the Constitution of Kuwait. The team from Parente Fireworks fired 77,282 fireworks stretching over a distance of 5 kilometres.

• Most rockets launched in 30-seconds – achieved on 8/5/2010 – 125,801 rockets were successfully fired in just 17 seconds by Pyroworks International Inc. of the Philippines.

• Largest Rocket launched – achieved on 13/10/2010 – This massive rocket, weighing 29.5lb was 7 metres long, the head of the rocket was 2 feet in diameter and it reached 98 metres in height before exploding in Portugal.

• Longest line of Firecrackers – achieved on 19/10/2002 – The longest, unbroken line of firecrackers in Valencia Spain was a massive 11 kilometres long. The attempt was actually to make it to 21 kilometres but the line stopped several times so the longest was eventually agreed to be 11 km.

There are only a few but perhaps, with a little bit of forward planning, we could create another World Record breaking attempt. Like the most fountains lit or the longest continual display (lots of little garden fireworks, we could make it last an age!)

If you do have any ideas, why not share them with us and we will start the ball rolling for a UK attempt at a firework record.

Dubai is to hold another record-breaking celebration to welcome in 2023.Each year, Dubai utilizes their spectacular B...
Read More
Filed in: Catherine Wheel, firework, Fireworks, Guinness World Record, world record, World Record Beating Fireworks
Share:
Find us on Facebook Find us on Twitter Find us on Pinterest Find us on Instagram Find us on Tumblr Find us on Vimeo Find us on Youtube Find us on LinkedIn Find us on Flickr
Previous article BLACKPOOL WORLD FIREWORKS CHAMPIONSHIP