We had all planned to win the Euro Millions lottery last night and decided that if we won we would blow £16million to try to beat the ground shaking efforts just days after the 50th-anniversary celebrations in Kuwait as they beat the rest of the World to take pride of place in the history books.

The people of Kuwait were treated to a MASSIVE fireworks display, the likes of which have never been seen before. The previous record of 60,000 was held by Portugal when in 2006 they lit up the skies of the beautiful Island of Madeira.

Parente Fireworks held the record-breaking event in the presence of the great and good of the country with over 2 million people watching with bated breath. The official adjudicators confirmed "I am happy to verify that with 77,282 fireworks, a new Guinness world record has been set tonight". 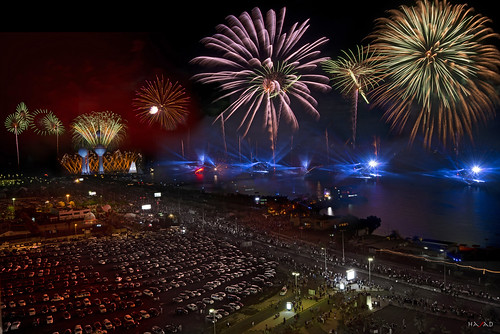 The show featured parades with flying fish, enormous projections on sails and gigantic cubes of light rising from the waters. An incredible flight of aeroplanes with fiery wings and kites in the shape of falcons created a perfect interplay of fire, lights and music along five kilometres of seafront for a show unlike any seen before. 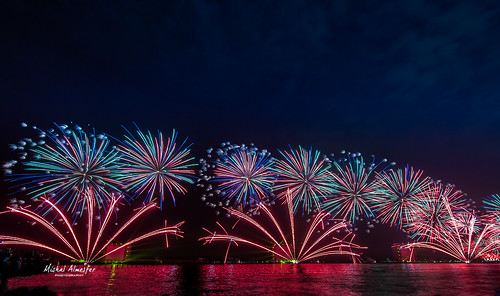 The display took over 300 technicians and tons of materials including cargo ships, aircraft and containers from all over the World to achieve this wonderful feat. Lasting an hour, the event was a celebration of all things good about Kuwait and was divided into themes including Heritage, Freedom, Pride, Prosperity and Constitution. 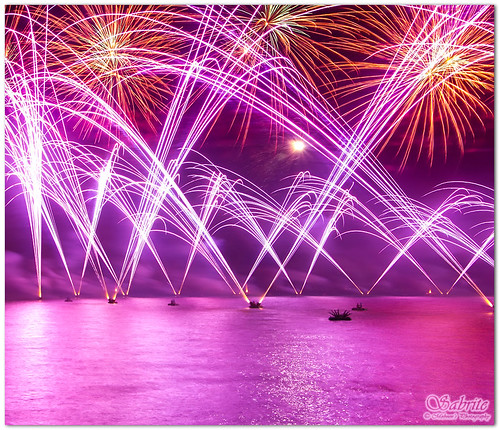 This celebration was not just a magnificent feat of engineering and pyro fun but was an affirmation of the Country and its struggles to achieve an equilibrium within its people that has been hard going.

The show also achieved the accolade of being the Longest line of fireworks and the largest number of pontoons and craft on the water too. 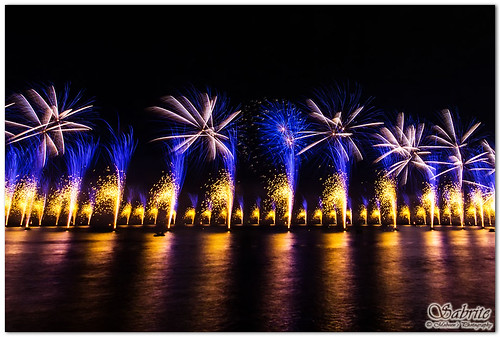 It may be seen by some as a massive waste of money, given the current economic crisis but at the end of the day, it's their money and they get to choose what they do with it.

Picture's of the world's largest fireworks display in Kuwait - http://uk.news.yahoo.com/photos/world-s-largest-fireworks-display-in-kuwait-slideshow/#

WHAT: Beppu Fireworks Festival – The Art of Light and MusicWHERE: Beppu Spa Beach, JapanWHEN: Late July 2023COST: Fre...
Read More
Filed in: Fireworks, fireworks display, Guinness World Record, HD, Kuwait, Kuwait City, video, Video Collection, world record
Share:
Find us on Facebook Find us on Twitter Find us on Pinterest Find us on Instagram Find us on Tumblr Find us on Vimeo Find us on Youtube Find us on LinkedIn Find us on Flickr
Previous article SOUTHEND’S FIREWORK DISPLAY IS TO MAKE A COMEBACK THIS YEAR!