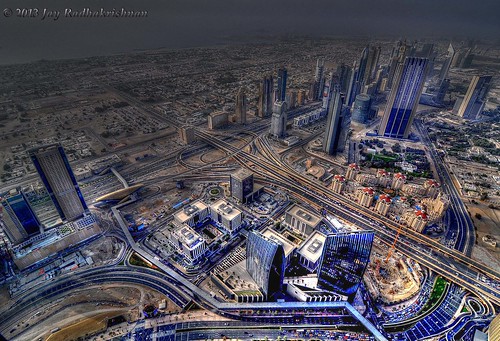 The Atlantis Dubai Palm Jumeirah is planning a fireworks display which is set to astonish the world as they attempt to create a new World Record for the Largest Fireworks display.

When the resort was officially opened in 2008, they held a HUGE fireworks display when they fired tens of thousands of fireworks at a cost of £1.8 million (11 million UAE Dirham) and although the cost of the event and the number of fireworks used probably exceeded all other records, the Guinness World Record still eluded them. The current holders of the World Record Kuwait put a staggering 64-minute display stretched over a huge 5 kilometres and used over 77,000 fireworks.

Recently, the country celebrated having won the bid to host the World EXPO 2020 against stiff competition and of course, they had fireworks ready to go from the Burj Khalifa in advance of the announcement.

The team tasked with creating the biggest ever New Year's Eve fireworks display are Fireworks by Grucci who have been in the firework industry since 1850 and are no strangers to the Palm Jumeirah having been responsible for the spectacular official opening of the resort back in 2008. Whilst there is some chatter about the cost of the attempt, at the moment, this is still supposition until the end when the calculations take place but as the previous one cost in the region of £1.8 million and this one is set to have 450,000 fireworks, almost six times more, it doesn’t take a genius to work out the potential cost being around £10.5 million.

The record attempt will begin just before midnight and will last around 6 minutes over a distance of almost 100 kilometers across firing sites at the Palm Jumeirah, Burj Khalifa, Burj Al Arab and Atlantis the Palm as well as across the islands of The World a man-made island development fashioned to look from above like a map of the World. There are a massive number of parties and events will be taking place throughout the evening when the resort will also play host to entertainers from across the world including the beautiful Emeli Sande, Swedish House Mafia and British superstar DJ Pete Tong.

We cannot wait to see the fireworks as we reach 2014 and sincerely hope that they do manage to achieve their goal this time.

WHAT: THUNDER OVER LOUISVILLE 2023WHY: FIREWORKS AND AIRSHOW EVENTWHEN: SATURDAY 22nd APRIL 2023WHERE: LOUISVILLE, KE...
Read More
Filed in: atlantis, dubai, Fireworks, fireworks display, grucci, Palm, world record
Share:
Find us on Facebook Find us on Twitter Find us on Pinterest Find us on Instagram Find us on Tumblr Find us on Vimeo Find us on Youtube Find us on LinkedIn Find us on Flickr
Previous article SOUTHEND’S FIREWORK DISPLAY IS TO MAKE A COMEBACK THIS YEAR!