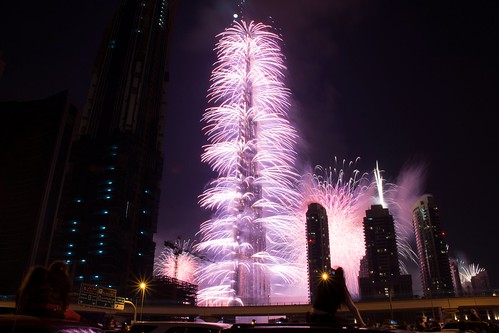 There was joy abound yesterday evening as Dubai in the United Arab Emirate managed to win the rights to host EXPO 2020.

Dubai beat off opposition from Brazil, Turkey and Russia to hold this prestigious event. The World EXPO is held every 5 years bringing together businesses, innovators, economists and developers from across the globe together to make inroads on important issues which affect the world economy and is dedicated to improving the quality of life for all. The theme chosen is 'Connecting Minds, Creating the Future'"

Visitors to these events are there for the purpose of social, cultural and economic growth and they all play a part.

The 2015 EXPO is to be held in Milan, Italy and their focus will be ‘Feeding the Planet and Energy for Life’ which as the title suggests is committed to bringing the most powerful business representatives and government officials to address the issues of food production and management and the production of energy which is both sustainable and clean.

Dubai will make worthy hosts as they have the infrastructure and financial backing to drive world economic growth.

The Burj Khalifa tower, which stands a staggering 828 metres high, was the main stage for the fireworks and laser spectacular which took place within moments of the announcement of the winning bid. Of course, the Burj Khalifa is no stranger to massive fireworks displays having hosted the New Year display since the opening of the building in 2010.

We wish them every success and it is nice that they will have some added diversity as this will also be the first time a Middle Eastern country has been chosen to host the event.

Check out the fireworks :)