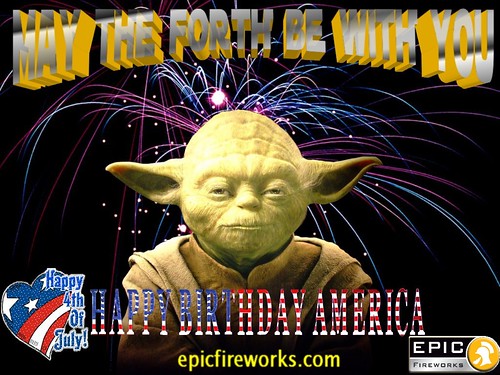 Star Wars and Fireworks – Perfect it is!

May the forth be with you young padawan…..

Every year, on the 4th May, Disney’s fireworks take on a new theme with Star Wars at its heart.

Opening with a word from master Yoda, the fireworks begin to fill the skies. There is some very clever lighting and at points where the skies are allowed to ‘go dark’ or be free of any fireworks, effects add to the magic of the event.

There are some simply staggeringly good fireworks which are perfectly choreographed to the Star Wars movie’s theme soundtrack which again has been very cleverly edited to create the ambience of the adventures of Luke, Obi-Wan and Yoda and their battles with dark forces. The clever use of colours to represent both good and evil are nothing short of brilliant as the dark crimson red bursts representative of the Sith and the Darth Vader and the blues and purples for Luke and his faithful friends.

The tension of the crowd is almost palpable as the fireworks representing the battles of the Star Wars characters come to life in the skies above.

Single horsetails fall majestically from the black spies followed by spinners and some of the pyros has been created to appear like spaceships and the brilliance of the willow and palm effects are beautiful.

A fabulous concept which is truly breathtaking, thanks to the ‘Symphony in the Stars' at Disney’s Hollywood studios. 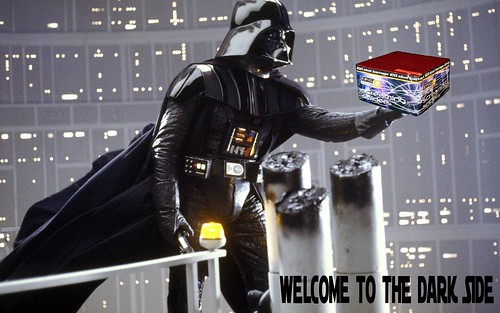 A hidden gem of a game is available on Steam for PC. If you are a fan of Pyro, and want to put on crazy, funny, intri...
Read More
Filed in: 4th May, Darth Vader, disney, Fireworks, Luke Skywalker, Obi-Wan Kenobi, Star Wars, Walt Disney Company, yoda
Share:
Find us on Facebook Find us on Twitter Find us on Pinterest Find us on Instagram Find us on Tumblr Find us on Vimeo Find us on Youtube Find us on LinkedIn Find us on Flickr
Previous article TAMWORTH FIREWORK DISPLAY BACK WITH A BANG