Fireworks At Sea With Disney Fantasy 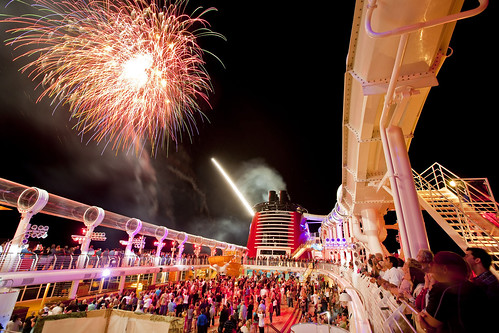 Disney has raised the bar once again.

Here are some Disney Fantasy facts:

Disney have long been the leaders in the fireworks display industry at sea and their patented air launch system is not only quieter, greener, more precise and less dangerous - it allowed the fireworks to be displayed in ways never seen before :)

Whilst browsing the web I came across a video titled 'rare fireworks' - so I had to give it a go and see if I learned...
Read More
Filed in: Disney Fantasy, Fireworks, fireworks display
Share:
Find us on Facebook Find us on Twitter Find us on Pinterest Find us on Instagram Find us on Tumblr Find us on Vimeo Find us on Youtube Find us on LinkedIn Find us on Flickr
Previous article BUYING FIREWORKS AS A GIFT