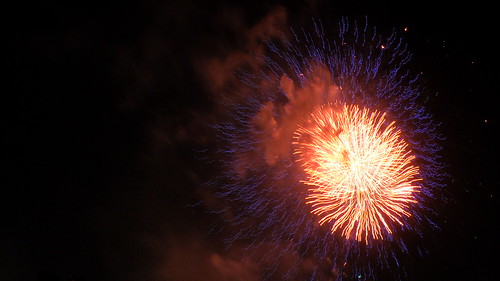 The City of Riyadh will hold fireworks displays for the first time in celebrations during the 83rd National Day. Local citizens, whether native or expatriates, will get the opportunity to see some beautiful pyro, many for the very first time as this area are not widely known for the use of fireworks and particularly not for the National Day.

To garner support and share in the excitement of the event they have set up not one but five area’s of the city with displays to ensure that as many people as possible can actually gain a good view as the skies over Riyadh are alight with colour and effect.

The kingdom of Riyadh is the capital and largest City in Saudi Arabia and is one of the richest cities in the middle-east and the 80th most wealthy in the World (keep calm, London is 5th!!)

There is a myriad of cultural and recreational activities including comedy and entertainment and a huge laser show. The fireworks begin 23rd September Monday, at 9:00pm from the five separate firing sites and are expected to last around 15 minutes. Additional security measures are being strictly implemented and the fireworks launch sites will be fully cordoned off to protect the public.

We offer our best wishes for the National Day celebrations and hope that this will be the first of many firework events. You never know, they may even try to take on Kuwait for the World Record.

Qatar is the first middle eastern country to host the world cup, which was opened in spectacular style with a knock-y...
Read More
Filed in: Celebrations, firework, Fireworks, fireworks display, Kuwait, Middle East, National Day, Pyrotechnics, Riyadh, Saudi Arabia
Share:
Find us on Facebook Find us on Twitter Find us on Pinterest Find us on Instagram Find us on Tumblr Find us on Vimeo Find us on Youtube Find us on LinkedIn Find us on Flickr
Previous article THE HISTORY OF SKY LANTERNS