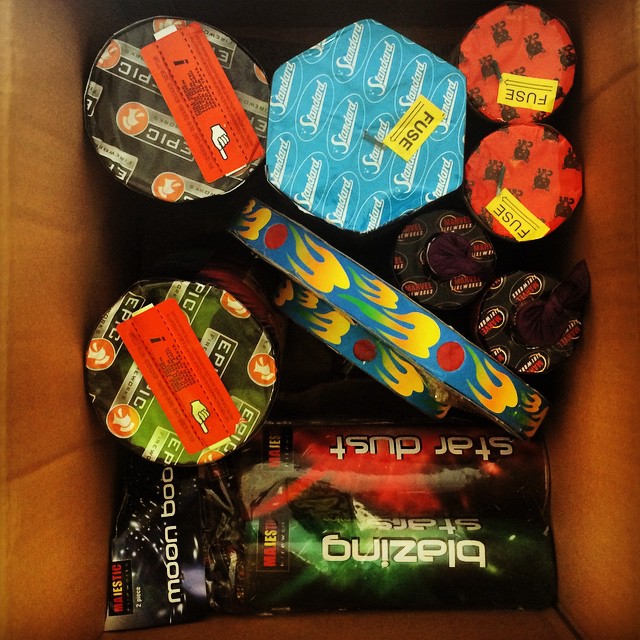 Here is another poem which used to be sung every year, but is not often heard nowadays as it is considered a bit gruesome:

A penny loaf to feed the Pope

A farthing o' cheese to choke him.

A pint of beer to rinse it down.

A faggot of sticks to burn him.

Burn him in a tub of tar.

Burn his body from his head.

A HISTORY OF FIRECRACKERS AND WHY THEY ARE RED

Firecrackers, along with fireworks, originated in China but even before the invention of gunpowder the Chinese sought...
Read More

Check out this awesome 'military drone' footage below that captures the fireworks display over the Peter and Paul For...
Read More

Celebration Of Light Fireworks Cancelled For 2021

Another firework event cancelled :(Due to the COVID-19 pandemic, the Celebration of Light fireworks (also known as th...
Read More
Filed in: Cheese, Faggot, Firework Poems
Share:
Find us on Facebook Find us on Twitter Find us on Pinterest Find us on Instagram Find us on Tumblr Find us on Vimeo Find us on Youtube Find us on LinkedIn Find us on Flickr
Previous article DELICIOUS HOME COOKED FOOD FOR BONFIRE NIGHT