The 23rd Olympic Games got underway on 9th February 2018 in the South Korean County of Pyeongchang which stretches over the Taebaek Mountain range in the Odaesan National Park. Korea has previously held International games; 1986 Seoul Asian Games, 1988 Seoul Olympic Games and here we are, 30 years later, and they are holding the 2018 Pyeongchang Winter Olympics.
The games will feature a huge list of winter sports which will take place at specific arena/venues according to the discipline.

This year, there are around 3000 athletes representing 92 different countries and there are some truly brilliant sportsmen and women taking place, but we are keeping an eye out for the true underdogs as three ladies from Nigeria take on the rest of the world in bobsled. The situation is very much in the same vein as the first Jamaican Bobsled team who were brought fame and fortune in the 1993 classic comedy Cool Runnings when they attempted the same. The idea to compete was that of Nigerian American hurdler Seun Adigun who took to crowdfunding to raise the money needed to compete in the 2018 Winter Olympics in 2016, and she successfully raised the necessary money in plenty of time to take part.

The opening ceremony event has caused chatter around the world as ‘Intel’ choreographed 1218 drones for the opening ceremony. This was the most ‘unmanned aerial vehicles airborne simultaneously and was awarded a Guinness World Record as a result. 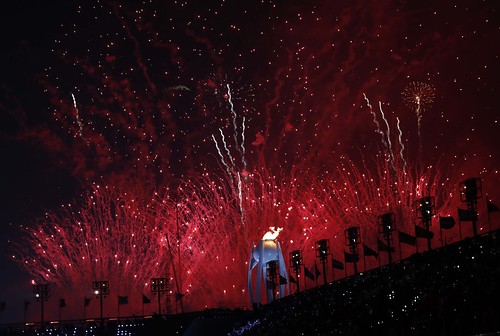 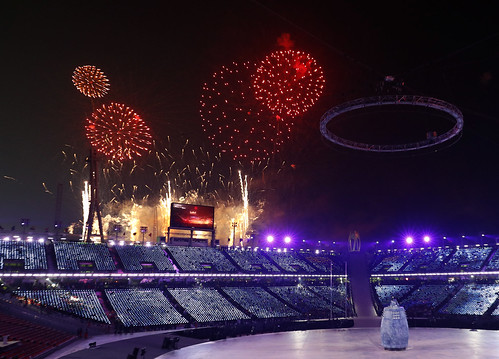 The Hanwa Corporation was responsible for the incredible fireworks at the opening ceremony and the company have been involved in all such events since the first one in the modern era in 1986. Also responsible for the annual Seoul International Fireworks Competition, which takes place annually and pits the abilities of some of the biggest and best firework display companies in the world against one another.

Check out the video of the opening ceremony fireworks:

In 2 years, the Summer Olympics 2020 will get underway in Tokyo but as we know from our own experiences in 2012, the planning starts well in advance and Japanese company ALE is hoping to be given the green light to create an artificial meteor shower in the upper atmosphere. If it works, the resultant display has a potential span of 100 kilometres, making the audience it will reach to be in the region o 30 million. Watch this space as we wait to see if ALE get to make it a reality.

Good luck to all the competitors.

A hidden gem of a game is available on Steam for PC. If you are a fan of Pyro, and want to put on crazy, funny, intri...
Read More
Filed in: 2018, Fireworks, opening ceremony, Winter Olympics
Share:
Find us on Facebook Find us on Twitter Find us on Pinterest Find us on Instagram Find us on Tumblr Find us on Vimeo Find us on Youtube Find us on LinkedIn Find us on Flickr
Previous article BLACKPOOL WORLD FIREWORKS CHAMPIONSHIP