Day two of the British Firework Championships (details of day 1 can be found here) and the competition remained close to the last burst.

Firing were, Fantastic Fireworks, Gala Fireworks and First Galaxy Fireworks but unlike Tuesday, when it was a very nice balmy evening yesterday it was banging down most of the day so the second set of teams were already on the back foot. The conditions at the Hoe also resulted in the Red Arrows having to cancel their display because of the low cloud, rain and sea mist. 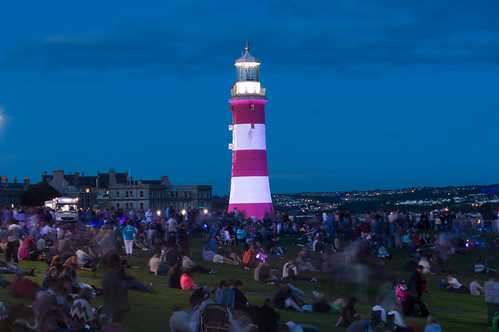 But, despite the inclement conditions, like the professionals they are, the show must go on.

The team from Fantastic Fireworks are from Pepperstock and from the very first burst, this team were definitely on point. Some of the early shells were absolutely HUGE. Great colour combinations with some rich cherry reds and beautiful lilacs and the red heart sequence at just under 2 minutes was beautiful and evoked some genuine oohs and ahhs from the gathered spectators. Smiley faces were as cute as!

The pace slowed a little for the longer lasting effects so that the spectators could see the falling, strobing pieces more effectively – very very LOUD!

Some of the midsection was pure noise with a couple of titanium flashes for good measure before the 7 minute mark when the fast firing fans were pretty and increased in intensity as the pace picked up. Beautiful colour combinations.

Conditions were against them but they lit up the whole of the area with their HUGE finale which looked like Hiroshima having another ‘one of those days’ crikey moses it was incredible. BRILLIANT

This professional team hail from Northampton and have notched up wins at a number of Firework Champions events in the past few years.

The opening was immense and a great start but although beautifully paced with some awesome effects, a couple of minutes in, the technical difficulties that were going to affect them throughout were apparent and impacted on the flow of the display massively. Gorgeous sweeping fans with some brilliantly bright colours but the slight pause between the effects gave the feeling of each part being a separate entity rather than as part of a whole.

At 6 ½ minutes in it looked as if someone had hit ‘fire all’ as the sky was packed with pyro – a little strange and polar opposite from the dark sky to having so much going on you didn't know where to look first. The super shells were AWESOME! And the finale was LOUD BRIGHT and full of flash. Great effort – shame about the tech issues :(

Nottingham based First Galaxy Fireworks were newcomers to the British Firework Championships. They opened with some beautiful and incredibly loud pieces which were symmetrical and incorporated a wide variety of colours and effects. Multi coloured horse tails followed by slowly falling silver to gold ones were stunning.

The groundwork (IMHO) was not on the same page as the aerial bursts but, was still a beautiful midsection. The glittering tailed comets were beautiful and as the cadence picked up, the fast firing sweep was lovely. I just loved the multi colour changing shells too.

The pace was on point throughout and it built nicely to a deafening crescendo with every effect and colour of the rainbow in there for good measure.

All the displays were a credit to the teams involved but there has to be a winner and on this occasion, first night team Spyrotechnics were just edged out because of the innovative heart sequence from Fantastic Fireworks who came away winners with Spyrotechnics as first runner-up. 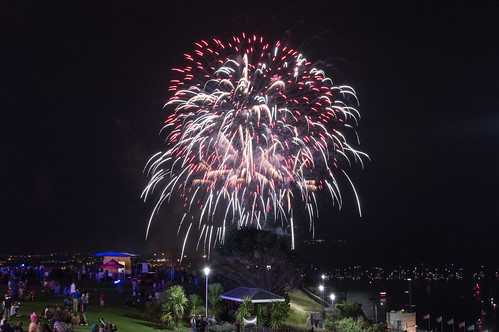 Great event once again – well done to all the competitors ;-) We all know that fireworks come in many different sizes, shapes and types. From roman candles to catherine wheels, ro...
Read More
Filed in: British Firework Championships, FANTASTIC FIREWORKS, firework competition, Firework Displays, Professional Fireworks Display
Share:
Find us on Facebook Find us on Twitter Find us on Pinterest Find us on Instagram Find us on Tumblr Find us on Vimeo Find us on Youtube Find us on LinkedIn Find us on Flickr
Previous article TOP 5 HALLOWEEN FIREWORKS