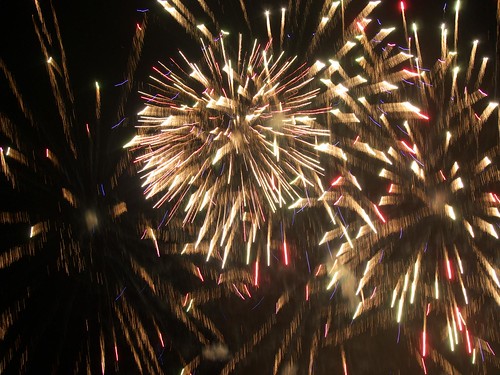 A war hero was honoured during one of the most “spectacular” bonfires shows at Brockham in years.

Crowds of around 20,000 attended the annual event that included a tribute to fallen soldier Lance Corporal James Hill, 23, of Redhill from 1st Battalion The Coldstream Guards, who died in an explosion near Camp Bastion in central Helmand last month.

A 21-gun salute was held in his honour at the packed event, which included a £40,000 fireworks display, followed by a few minutes of reflection.

James’ mother, Claire Hill, of Reigate said: “This was an extraordinary thing to do and we are really touched.

“James would have been so chuffed and proud. We have been overwhelmed by the kindness of people.

“My niece was at the event and said the applause was incredible.

“James would have loved it he often went to the fireworks with his friends.

“We had been invited the Festival of Remembrance at the Albert Hall otherwise we would have loved to have seen it.

“When we came out our phones lit up with messages from friends which had been there and they said it was incredible.”

Tony Hines, Brockham Bonfire Committee chairman, said: “He was local to the area and had attended the bonfire for years with his parents.

“We wanted to do something to honour him.”

Lynne Walkline, of Old School Lane, Brockham, said: “It was the best show they did in 30 years and it was lovely that they honoured the solider.”

Four tonnes of fireworks were set off in 13 minutes during the show, which raises money for local charities, societies and worthy causes.

Mr Hines said: “Our target was to raise over £20,000 and we think we will add 10 percent to that. We will definitely exceed last years target.”

The bonfire, which takes six weeks to build, was lit by Brockham resident Ken Luff, who has attended the bonfire for 62 years and was chairman of the committee in the 1950s and 60s.

He was honoured this year by being given the opportunity to put the first torch to the bonfire.

The name Dum Bum is synonymous with loud noise, and lovers of louder fireworks will be very familiar with the brand, ...
Read More
Filed in: 1st Battalion The Coldstream Guards, bonfire show, Camp Bastion, Coldstream Guards, Festival of Remembrance, Fireworks, Lance Corporal, Reigate, Royal Albert Hall, Royal British Legion
Share:
Find us on Facebook Find us on Twitter Find us on Pinterest Find us on Instagram Find us on Tumblr Find us on Vimeo Find us on Youtube Find us on LinkedIn Find us on Flickr
Previous article SOUTHEND’S FIREWORK DISPLAY IS TO MAKE A COMEBACK THIS YEAR!