The 45-minute display will see fireworks set off from 12 barges floating offshore reaching up to 2,000 metres into the air, the newspaper reported.

The current record holder for “largest fireworks display” is a 2006 New Year’s Eve display on the Portuguese island of Madeira, the paper said. 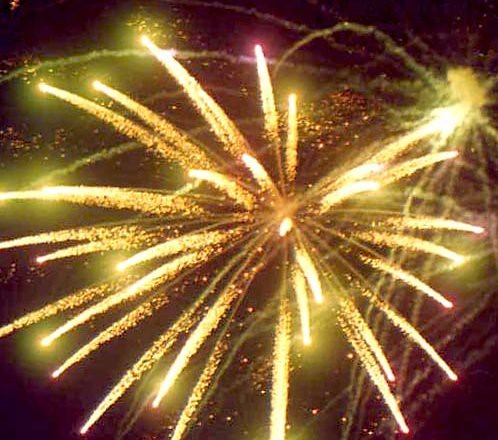 The Guinness World Records has not been contacted about the Abu Dhabi attempt and will not have a judge present, the paper said but added that a record attempt can still be submitted after the event with evidence and witness statements.

Abu Dhabi and neighbouring emirate Dubai have both seen their fair share of extravagant fireworks displays over the last few years, but none have been submitted to the Guinness World Records, the paper said.

The most famous of the fireworks displays was the one that accompanied the opening of the Atlantis Hotel on Dubai’s Palm Jumeirah in November last year, which cost around $14 million.

This display in the UAE is set to break all world records and takes place Wednesday the second of December 2009. It's gonna be big!

Every year around the world, people gather to watch the clock tick over from 11:59pm on December 31st, to 12:00am on ...
Read More
Filed in: abu dhabi, Fireworks, United Arab Emirates
Share:
Find us on Facebook Find us on Twitter Find us on Pinterest Find us on Instagram Find us on Tumblr Find us on Vimeo Find us on Youtube Find us on LinkedIn Find us on Flickr
Previous article THE HISTORY OF SKY LANTERNS