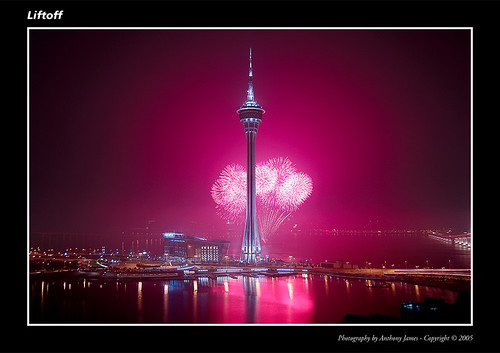 The 21st Macau International Fireworks Displays Contest will be held on September 5, 12, 19, 26 and October 1 at the sea area in front of the Macau Tower.In past years, world renowned pyrotechnic companies have participated in the Macau International Fireworks Display Contest. Likewise, 10 teams from various countries and regions were invited to take part this year again, including teams from France, Italy and Austria who will join the event for the first time.

The Macau International Fireworks Display Contest has gained worldwide recognition for the quality of the participating teams, the scale and the performance standard of the contest. The contest this year features ten teams from Spain, Korea, Taiwan, France, Italy, the Philippines, Japan, Portugal, Austria and China.

Zamorano Caballer Pirotecnia S.A. from Spain has a history of over 130 years and has won over 100 prizes throughout the world in fireworks festivals and contests. The preservation of traditional techniques and craftsmanship accompanied by the pursuit of new technologies has kept the company on the leading edge of the fireworks industry. Established in 1992, Feerie from France specializes in combining music and pyrotechnic effects to bring "life, spirit and soul" to every step of the show and a whole new range of feelings to the audience's body and mind.

La Tirrena s.a.s. Fireworks from Italy has won several international championships between 2001 and 2008. Luso Pirotecnia Group took part in the 19th Macau International Fireworks Display Contest and staged a fireworks display to celebrate the anniversary of the establishment of Macau SAR in 2008. Luso Pirotecnia Group has a great concern in the process of conceptualization of each fireworks show and has created a department to analyze and conceive each project. Fireevent Die Feuerwerker from Austria puts great value on the use of the highest quality products and modern technical equipment. It puts on a 50 minutes show, combined with light and laser, to over 120,000 audiences in the SOUND & LIGHT Event in Luxemburg last summer.

Performing over 150 fireworks shows a year, Tamaya Kitahara Fireworks Co., Ltd. from Japan produces firework shells which are perfectly spherical, a unique technique in Japan that allow the shape of the fireworks to remain stable when exploded, showing the same effect when viewed at different angles. The company also uses the latest computer technology to ignite the fireworks. Hanwha Corporation, who started to participate in the Macau International Fireworks Display Contest since 1991, is the leading company in pyrotechnics in Korea. Its pyromusical designs have integrated multi-media elements such as laser projections and beams enhanced with many pyrotechnical special effects.

Hunan Jixiu Fireworks Manufacturing & Display Company from China was recognized by the first International Fireworks Quality and Safety Forum as the Best Fireworks Display Unit. It also took part in the closing ceremony of the Beijing Olympic Games in 2008.

Wan Dar Fireworks Mfg. Co., Ltd. from Taiwan has participated five times in the Macau International Fireworks Display Contest, including the 1st edition in 1989. Over the years, Wan Dar has been working on new designs of fireworks shows through participation in international fireworks festivals and competitions.

Every year around the world, people gather to watch the clock tick over from 11:59pm on December 31st, to 12:00am on ...
Read More
Filed in: firework contest, Fireworks, fireworks display, Macau
Share:
Find us on Facebook Find us on Twitter Find us on Pinterest Find us on Instagram Find us on Tumblr Find us on Vimeo Find us on Youtube Find us on LinkedIn Find us on Flickr
Previous article THE HISTORY OF SKY LANTERNS