SCHOOL pupils have been starring in a DVD encouraging their peers to enjoy Bonfire Night safely.

Youngsters at Blurton High School worked with Staffordshire Fire and Rescue Service to produce the DVD, which will be used alongside firework safety presentations in schools around Stoke-on-Trent.

The fire service visits schools ahead of Bonfire Night each year as part of Operation Good Guy, which tries to make young people realise the dangers of playing with fireworks. 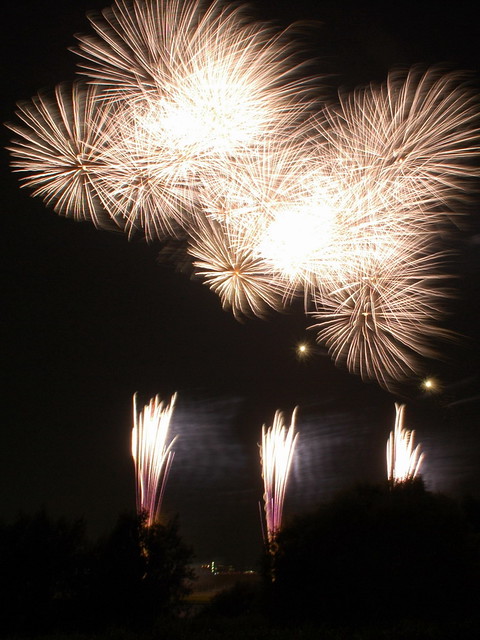 About 15 Year 11 pupils feature in the DVD and it will now be played during school visits later this year.

The scheme was the idea of crew manager Guy Volpe, from Hanley fire station.

He said: "It is absolutely crucial to highlight firework safety.

"Ten people a year lose their eyesight around Bonfire Night each year and 50 percent of all serious accidents at that time involve young people aged seven to 15."

"The children have put together an excellent package.

"I'm hoping it will get the message across in an unusual and memorable way."

The DVD, made in July, features pupils from the school talking over issues such as firework safety and the law involving fireworks. Yesterday the fire service visited the school to thank pupils for their involvement.

Members of the fire service are currently putting the finishing touches to the DVD before it is taken out to schools.

She said: "I thought the DVD was a great idea because that is how the children communicate now, with things like YouTube.

"I am just hoping that when young people from other areas see it, they will listen to the children more than they do to adults.

"If this is successful, we could utilise the children in all sorts of ways to get the message across to younger people about anything. Making the DVD has developed their confidence and their self-esteem, as well as our relationship with the fire service."

Kayleigh Cooper, from Meir, is one of the teenagers who stars in the video.

The 15-year-old, who talks about how fireworks can harm animals, said: "I think the DVD is good for children because they will look up to older people like us.

"I hope it will make them realise that fireworks are dangerous and people should only use them if they are old enough and know what they are doing."

Jordan Wainwright, also 15, from Blurton, said: "Young people don't listen to adults, so to watch the DVD and see us might make the message clearer. It was quite interesting making the DVD and I learned a lot from it. I learned more about fireworks and it also taught us not to be shy when we are talking."

If you are concerned about loud bangs and prefer quieter fireworks, then check out our top five low noise picks!5. Si...
Read More
Filed in: Blurton High School, Bonfire Night, firework safety, Fireworks
Share:
Find us on Facebook Find us on Twitter Find us on Pinterest Find us on Instagram Find us on Tumblr Find us on Vimeo Find us on Youtube Find us on LinkedIn Find us on Flickr
Previous article EPIC VERSUS THE GLOBAL SHIPPING CRISIS