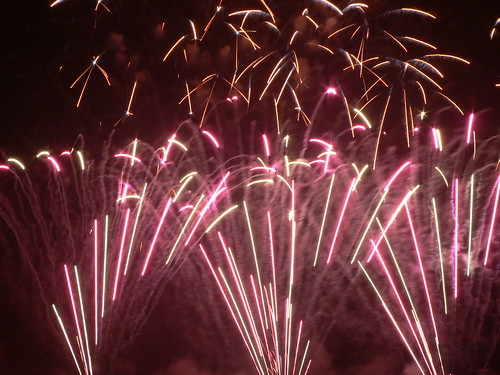 In the closing ceremony, fireworks lightened up the sky of Taipei, combining with water dance, laser lighting effect and floral fragrance to create a visual and acoustic feast.

The main lantern this year is "Tiger Hoki,"modelling the yearly Chinese animal sign, which means "fortunate Tiger" that would bring good fortune to this country.

In response to citizens’ wish to extend the installation of Tiger Hoki, Huang Lu Ching-ju, Commissioner of Department of Civil Affairs under Taipei City Government (TCG) said the main lantern would be relocated to the lawn area in front of Zih Ciang owing to high maintenance costs.

The Lantern Festival, falling on the 15th day of the first lunar month, was widely celebrated in Taiwan from north to south, with different styles, such as the release of sky lantern in Pingsi, Taipei County, beehive firecrackers in Yanshui in Tainan County and Bombing Handan in Taitung.

There is nothing more spectacular than watching a firework display which has been perfectly designed to music. That s...
Read More
Filed in: Fireworks, fireworks show, Lantern Festival, Taiwan
Share:
Find us on Facebook Find us on Twitter Find us on Pinterest Find us on Instagram Find us on Tumblr Find us on Vimeo Find us on Youtube Find us on LinkedIn Find us on Flickr
Previous article SOUTHEND’S FIREWORK DISPLAY IS TO MAKE A COMEBACK THIS YEAR!