The 1st of August sees the good people of Switzerland celebrating in the usual way with sausages, red and white adornments and of course BEAUTIFUL FIREWORKS.

The date comes from 1291, when the people of three alpine cantons (think - counties) swore an oath of confederation; these were Schwiz, Uri & Nidwald forming what we now know as Switzerland.

The Swiss love their fireworks, especially when the huge bursting fireworks reflect on the snow associated with the stunning alpine scenery giving the whole backdrop a beautiful glow of crisp bright colours. This year however, the Swiss are basking in a heatwave with temperatures hitting 38 degrees, which is a real scorcher for the high altitude region, which would normally expected to average around 25 degrees at this time of year. This being the case the cautious Swiss government has imposed firework restrictions in six cantons or areas to prevent wildfires. The affected areas are Basel-Stadt, Solothurn, Vaus, Valais and Grissons with Schaffhausen having a ban of open fires in place for now.

On the 1st of August, a National Holiday, the Swiss kick back and relax watching paper lantern parades, sit around a huge bonfire watching fireworks or take part in the many rifle and crossbow shooting competitions and in honour of William Tell. 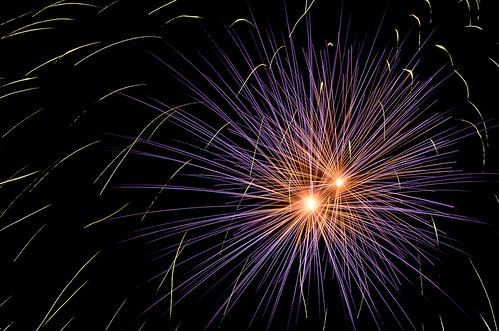 The story goes that in 1307, Albrecht Gessler, the local overlord; hung his hat on the top of the town of Uri’s flag pole demanding that all the townsfolk bow to the hat. However, on the 18th of November 1307, William and his son Walter visited the town but refused to ‘bow to the hat’ and were arrested. Gessler had heard of William’s fabled skill with a crossbow and devised a cruel punishment; both would be put to death, or they could redeem themselves if William would shoot an apple off his son’s head in one shot - which he did!! When asked why he had removed two bolts from his quiver he told Gessler if he had hit Walter the second was for him!

At this point Gessler arrested William and instructed the guards to take him to Kussnacht castle by boat. While on route to the Castle, a huge storm arose. The guards, fearing for their lives, untied William so he could help steer the boat with his great strength. No sooner had they relieved him of his chains, William jumped overboard to escape. Of course, as mentioned, Tell was still holding the second bolt and later killed the imbecile Gessler for his troubles.

Whilst fireworks are restricted in six cantons, this still leaves twenty without restrictions where fireworks can be used freely if you have purchased a licence. For the more powerful (cat 4) public display fireworks a week’s course (plus exam pass) must have been completed with a fee of 5000 Swiss francs or £3500 for Cat 3 (1.3 &1.4) fireworks a permit of 500 francs will suffice.

The biggest displays across Switzerland will be in Zurich, Geneva and Lugano with the main Swiss National day celebration fireworks at The Rhine Fall’s in Schaffhausen - weather permitting of course.

WHAT: THUNDER OVER LOUISVILLE 2023WHY: FIREWORKS AND AIRSHOW EVENTWHEN: SATURDAY 22nd APRIL 2023WHERE: LOUISVILLE, KE...
Read More
Filed in: Fireworks, fireworks display, National Day, SWISS, Switzerland
Share:
Find us on Facebook Find us on Twitter Find us on Pinterest Find us on Instagram Find us on Tumblr Find us on Vimeo Find us on Youtube Find us on LinkedIn Find us on Flickr
Previous article SOUTHEND’S FIREWORK DISPLAY IS TO MAKE A COMEBACK THIS YEAR!