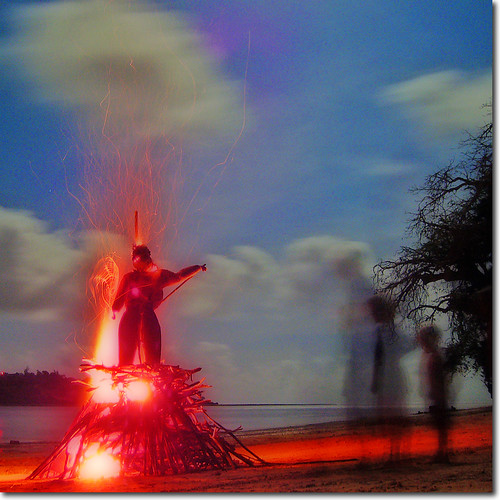 A picture drawn by a 10-year-old boy will be used to create a 12-metre wicker figure to be set alight at Oxford's South Park.

Reuben Morris-Dyer's image of a tribal warrior was selected from more than a thousand entries for the competition to design the structure.

It will then go on display around Oxfordshire ahead of the Round Table Fireworks Display in November.

Mr Barton said: "It's a fantastic design and will look spectacular. We can get schoolchildren involved in helping to build it and may put it near the M40."

Reuben, a pupil at Stanford in the Vale Primary School, said he was delighted to win but will have mixed feelings in November.

"I know it will have to get burnt but it is a bit of a shame. I guess it couldn't last forever," he added

Here at Epic we celebrate all cultures and celebrations and Chinese new year is no different so here are some facts y...
Read More
Filed in: Bonfire Night, Fireworks, November 5th, Oxfordshire
Share:
Find us on Facebook Find us on Twitter Find us on Pinterest Find us on Instagram Find us on Tumblr Find us on Vimeo Find us on Youtube Find us on LinkedIn Find us on Flickr
Previous article EPIC VERSUS THE GLOBAL SHIPPING CRISIS