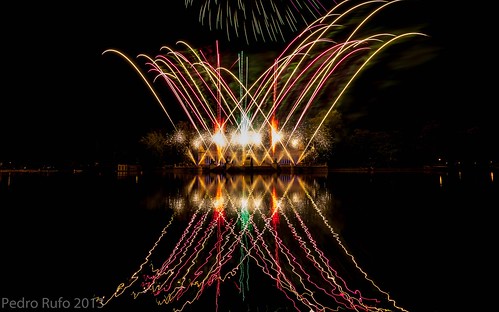 What: San Isidro Festival
When: Friday 16th May 2014
Where: San Isidro, Madrid, Spain

Whether you think that it is barbaric or not (and we here at Epic most certainly and wholeheartedly do!) the Spanish simply LOVE their bullfighting and this event is also the start of the San Isidro bullfighting festival held in the Las Ventas bullring and brings in some of the biggest names in the ‘sport’ (for want of a better description).

Annually, the Feria de San Isidro is held on 15th May and celebrates the life and subsequent sainthood of a farmer, Isidro, and his wife Maria Torribia for their acts of kindness in giving food to the poor in the late 11th and early 12th centuries. Isidro was eventually beautified (awarded the sainthood) by Pope Gregory XV in March 1622, almost 500 years after his death.

There is a major procession early in the morning of the 15th May after Mass at the Royal Collegiate Church of San Isidro then the Archbishop of Madrid leads the faithful to the San Isidro Meadow where he blesses the waters from the spring which the congregation in turn drink from, reciting the words ‘beautiful San Isidro, patron saint of Madrid, you made water spring from this craggy ground’.

Strangely enough, Isidro and Maria were the only married couple in Catholic history to both be canonized.

If you happen to be in Madrid in May and are fortunate enough to get along there, let us have some pictures and we will put your details on our feature.

WHAT: Flamborough Fire FestivalWHY: New Year CelebrationsWHERE: The Festival Arena is situated at Mereside, Flamborou...
Read More
Filed in: Fireworks, Las Ventas, madrid, Maria Torribia, May, san isidro, San Isidro Festival, Spain
Share:
Find us on Facebook Find us on Twitter Find us on Pinterest Find us on Instagram Find us on Tumblr Find us on Vimeo Find us on Youtube Find us on LinkedIn Find us on Flickr
Previous article INSTANTLY LIGHTING OVER 10 KILOS OF EPIC FIREWORKS