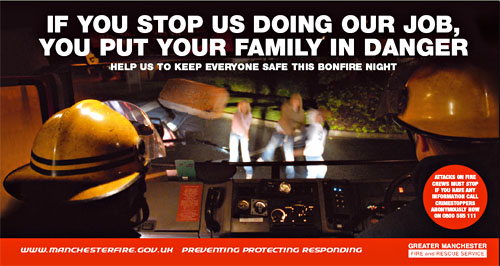 The danger of being a firefighter has been portrayed in a series of Royal Mail stamps due for release.

The six stamps are intended to show the range of situations faced by the UK's fire and rescue services.

The images include firefighters tackling flames, dealing with a flood and chemical incident, and rescuing people trapped in cars and buildings.

Royal Mail said the stamps recognised "the many different challenges faced by these brave men and women".

The stamps are also meant to pay tribute to the Auxiliary Fire service, the founding of which, 70 years ago, coincides with the release.

Fire safety issues are also featured - on the 90p stamp - to illustrate firefighters' work in the community, from school visits to detailed surveys of businesses.

The 62p stamp features the severe floods of 2007, which led to a massive rescue operation.

And the canine assistance often used in rescuing people from collapsed buildings graces the 81p stamp in the series, due for release on Tuesday.

Fire Minister Shahid Malik said the new postage stamps were a "great tribute" to everyone serving, whether as firefighters, in the control rooms, or in other capacities.

Julietta Edgar, Head of Special Stamps, Royal Mail said: "It's sometimes easy to forget that behind the familiar sight and sound of a fire engine is the serious business of saving lives."

The government's Chief Fire and Rescue Adviser Sir Ken Knight said the stamps were meant to show the kind of incidents being dealt with on a daily basis."

"[The] stamps show examples of not just the courageous actions of our people but also the highly sophisticated equipment used daily in a wide range of emergency situations.

"I hope these Fire and Rescue stamps will remind people to take fire safety seriously."

Click here to read the full article from the BBC.

Dubai is to hold another record-breaking celebration to welcome in 2023.Each year, Dubai utilizes their spectacular B...
Read More
Filed in: Epic Fireworks, Firework Safety, Postage stamp, Royal Mail, Stamps, UK
Share:
Find us on Facebook Find us on Twitter Find us on Pinterest Find us on Instagram Find us on Tumblr Find us on Vimeo Find us on Youtube Find us on LinkedIn Find us on Flickr
Previous article TAMWORTH FIREWORK DISPLAY BACK WITH A BANG