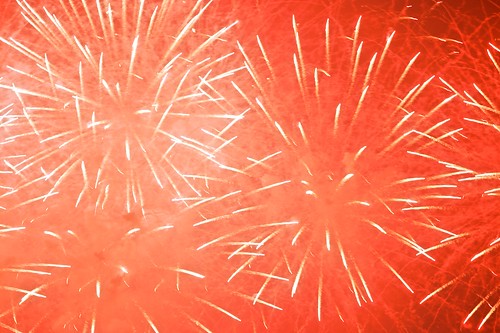 The use of fireworks has changed greatly over the years. It is hard to remember when or how it was first introduced in the sporting arena, but if we fast forward history more than a couple of centuries, you can hardly separate fireworks and sports. In fact, one could say that they go together like guns and ammunition's and are gradually becoming inseparable in the international and or local sporting events.

Imagine a world cup or Olympic or UEFA or FA Cup Final without fireworks display at the beginning and or at the end.

The wonderful display of fireworks during the closing ceremony of the Olympics 2004 was one of those amazing moments for the whole of Greece as the city of Athens was lit with biggest fireworks display ever seen.

The 2008 summer Olympic games opening ceremony in China will ever remain in our memories. The whole world was treated to a mind-blowing fireworks display. The Chinese have raised the relationship between fireworks and sports to a higher level. Invariably, countries now compete in this regard as any host country will always aim to ‘out do’ the previous one. One could say that much is expected from Britain in this regards.

The fact is that fireworks displays are used even prior to the starting of the sporting event itself.

In 2004’s summer Olympic bid, whilst the Turkish national Olympic committee were putting the finishing touches to their bid to host the Olympics in Istanbul, the sky was lit up like a Christmas tree as fireworks were fired from passing ships and the Bosphorus bridge.

The show lasted for one hour and an estimated 40 tons of fireworks were launch into the air from the boat and the bridge--- forming a magnificent spectacle of colours.

In Britain, the show has already started with fireworks displayed to mark the 1000 days countdown to the Olympics in London. This is just the tip of the iceberg. Do not miss the opening ceremony of London 2012. However, not only the sports organisers or governmental bodies are engulfed in this tsunami. The individual’s use of fireworks to celebrate victories/achievements of their clubs or fans in the field of sports are growing rapidly also.

When Man City won the premier league this year, there was an upsurge in the sale of 64 shots cobolt blue because of the blue colour (Same also for Chelsea). The sale of the Sky Thriller Rocket, the Thunderous Finale and the Screaming Spider barrage, just to mention a few, were all very high.

In fact, Epic fireworks recorded an unusual increase in sales during the period. No doubt success and quality go together. One may not be far from the truth to predict that as long as team GB continues to rake in the gold medal in the forthcoming Olympic games, we shall continue to light up the sky with colourful firework displays.

Finally, this article will not be complete if we fail to further examine this bond of chemistry between fireworks and sports. Such loving companions still remain a mystery. Of course, no doubt both provide good entertainment. However, when a moment of glory in sports and the amazing moment in fireworks strike a balance at the right timing, they combine to make something extraordinary. We always see tears of joy in these moments.

The 2012 Olympic Games without a fireworks display will be like salt without taste value.

Scheduled to be the 22nd running of the FIFA World Cup competition and for the first time in the events history, taki...
Read More
Filed in: firework, Olympic
Share:
Find us on Facebook Find us on Twitter Find us on Pinterest Find us on Instagram Find us on Tumblr Find us on Vimeo Find us on Youtube Find us on LinkedIn Find us on Flickr
Previous article TOP 5 HALLOWEEN FIREWORKS