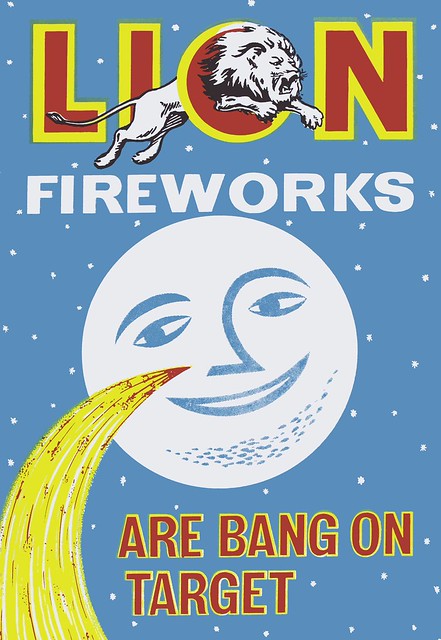 Lion fireworks were established in 1936 in Yorkshire and the company was owned throughout its entire trading history by the Kilner family.

Harry Kilner was originally the part owner of Jessop and Kilner, created following the break up of Jessop Fireworks as each of the sons of the original owner Allen Jessop (who passed away in 1880) went into business for themselves. In the early 1900’s, Harry left Jessop and Kilner to set up for himself originally naming the company The Yorkshire Fireworks Company which he changed to Lion in 1936.

Lion carried on trading until 1972 when the introduction of new Health and Safety legislation introduced in 1960 making it impossible to continue trading following the economic downturn of the country as a whole.

Over the years, Lion produced a wide range of excellent quality consumer fireworks some of which had some truly wonderful names; Goose Mi Gander, Harmonious Swan after Glorious Lay and Two Hump Camel in Oasis to name a few.

Here at Epic we offer award winning fireworks and have the biggest range of them in the UK. We are open 7 days a week...
Read More
Filed in: british fireworks, firework poster, lion fireworks, Poster, Pyrotechnics
Share:
Find us on Facebook Find us on Twitter Find us on Pinterest Find us on Instagram Find us on Tumblr Find us on Vimeo Find us on Youtube Find us on LinkedIn Find us on Flickr
Previous article PLEASE STAY SAFE :)