New Year Deaths in China, lessons to be learned

The New Year festival in China this year had fewer accidents than last year according to the Chinese Ministry of Public Security. Festivities took place all across China between the 13th and 19th February and in that time private parties and celebrations across China caused a total of 1,626 recorded accidents. This does sound like a lot but remembers this is a country with about 1.3 Billion people in it when you think of it like that; it doesn’t seem so bad and is apparently down 3.3% on last year.

Until you think of this, 11 deaths. 11 people died that week due to firework mishaps. Makes you think what the reaction would be like in the UK if 1 person died during Bonfire Night. Yet in China, it is accepted as the norm. Although we must bear in mind that almost every man and his dog set off fireworks in China. It’s ingrained in the culture since long before we had even heard of gunpowder in this country. So who are we to argue? Still with all these deaths and injuries and accidents you do have to wonder what is causing them all. 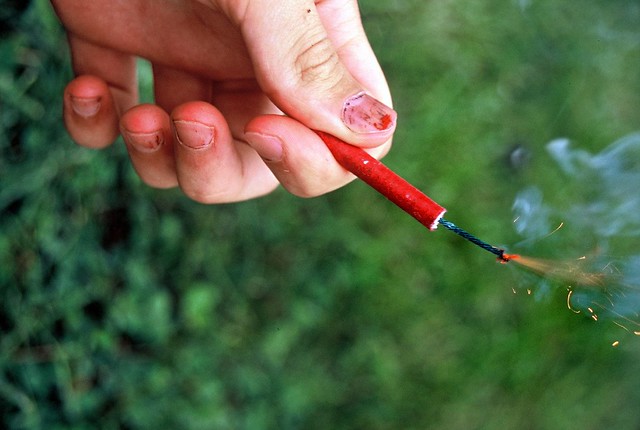 The majority of accidents were caused by firecrackers being handled incorrectly; this is despite increased efforts by police forces nationwide to monitor the production, transportation, storage and sale of this extremely popular form of fireworks. The key thing to note here is it is not through faulty firecrackers, it is through faulty use.

So it seems that the injuries and accidents come from the same source they do all around the world. Not through people using fireworks, but using them irresponsibly. The solution is not to ban firecrackers (good luck getting a ban in China, firecrackers have been used there for many centuries to scare off evil demons), rather the solution is to educate people on how to better use fireworks and make them safer, and therefore more enjoyable for everyone involved.

All too often a product is banned because it has been inappropriately used by someone. You cannot blame a gun for shooting someone nor a car for hitting a pedestrian, but all too often we hear people saying fireworks should be banned because someone has been injured. We all want to reduce accidents and make the world a safer place. The best way to make it safer is through education. Maybe we have something to learn still from the Chinese, the ancient culture that gave the world fireworks in the first place.

We have added quite a few new products to our range recently, keep reading to see the details on these. Afterglow Fou...
Read More
Filed in: china, Firecracker, Fireworks, new year
Share:
Find us on Facebook Find us on Twitter Find us on Pinterest Find us on Instagram Find us on Tumblr Find us on Vimeo Find us on Youtube Find us on LinkedIn Find us on Flickr
Previous article SOUTHEND’S FIREWORK DISPLAY IS TO MAKE A COMEBACK THIS YEAR!