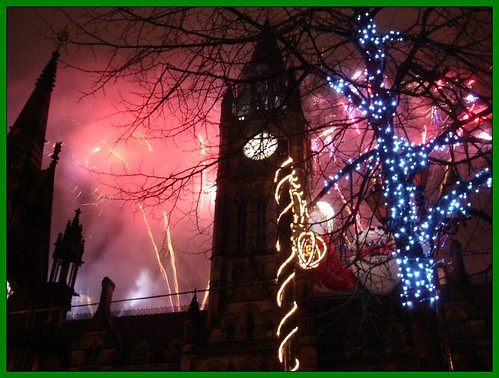 Last nights Manchester Evening News ran a front page piece highlighting that time is running out to save the New Years Eve firework celebrations for the City of Manchester. The display, which has been hosted by the City of Manchester for the last 3 years is under threat of cancellation due to lack of sponsorship and government funding.

The free event, which started following pressure to hold its own display like other major cities in the rest of the world in 2008, is largely funded via cash support from local retailers and businesses. However, due the impact of the last recession and the highly volatile state of affairs with government/banks and the loss of trade in the High Street, local businesses have not been forthcoming with the required support.

If the monies are not secured within the next 7-days, the display will be cancelled.

The display to the same standard as in previous years, including fireworks and music will cost around £40,000 which is simply not available.

This problem may not be solved in time but lets keep our fingers crossed for the people of Manchester that they get a well deserved display.

Qatar is the first middle eastern country to host the world cup, which was opened in spectacular style with a knock-y...
Read More
Filed in: 2011, Fireworks, manchester, new year
Share:
Find us on Facebook Find us on Twitter Find us on Pinterest Find us on Instagram Find us on Tumblr Find us on Vimeo Find us on Youtube Find us on LinkedIn Find us on Flickr
Previous article TOP 5 HALLOWEEN FIREWORKS