Sadly, the Covid 19 Pandemic has struck another blow to the fireworks industry as the internationally acclaimed London New Year’s Eve Fireworks event has been cancelled. This comes on the back of the cancellation of the huge display which usually takes place in Sydney, Australia annually.

Sadiq Khan, Mayor of London, has confirmed that the decision has been made because they ‘simply cannot afford to have large numbers of people congregating’ which could be a potential disaster for the NHS with an uncontrollable spike in cases in the Capital. 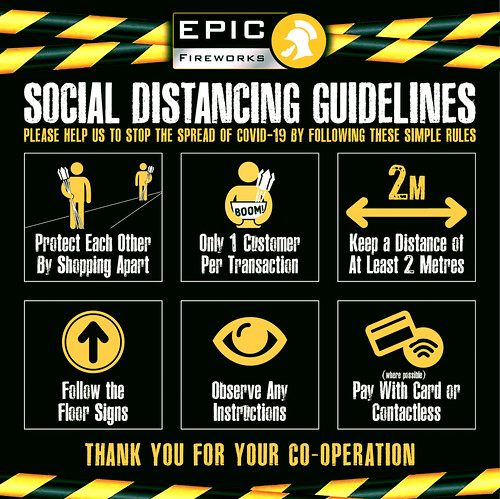 They confirm that they are working on ‘something’ that can be enjoyed from the comfort of your own home to try to keep the British public safe.

The annual event usually brings in upwards of £1 million thanks to the 100,000 tickets sold annually but of course, this is only the tip of the iceberg from an economic point of view as there is usually a huge uptake of hotel accommodation, restaurant bookings etc for the festive period which will of course not receive the expected boost, a major blow but absolutely necessary.

Since the discovery by a monk in China almost a thousand years ago fireworks continue to thrill and astonish young an...
Read More
Filed in: CANCELLED, LONDON, NEW YEAR’S EVE FIREWORKS
Share:
Find us on Facebook Find us on Twitter Find us on Pinterest Find us on Instagram Find us on Tumblr Find us on Vimeo Find us on Youtube Find us on LinkedIn Find us on Flickr
Previous article PLEASE STAY SAFE :)