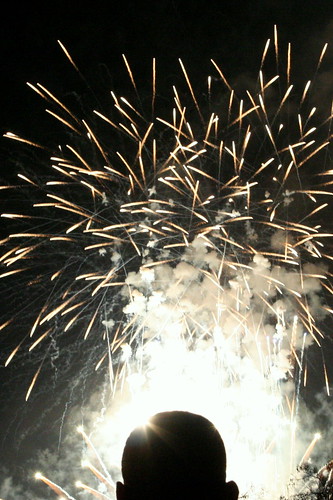 Aside from being the birthplace of Paella, the City of Valencia is also famous for the Las Fallas festival.

The Las Fallas festival is a traditional commemoration of one St Joseph (day of the father) and represents one of the two most famous events in Valencia annually. This year held from 1st to 19th March 2013.

The festival is thought to have started many centuries past when the city’s carpenters used to burn old pieces of scrap wood and worn out wooden utensils collected through the winter as a celebration of the feast of St Joseph.

The modern Las Fallas was created in the 19th century when prizes were awarded for the most creative use of leftover materials. Over time, there have been occasions when the Fiesta was banned as in 1870 when some of the images were not well received by local political representatives.

Nowadays, every year the ‘Fallas’ are created by numbers of different groups established specifically for the purpose of creating sculptures including puppets or dolls made from pappier mache to be burned on the last night of the festival. Up to 700 examples of these Fallas have created annually.

Some of the Ninot (dolls or puppets) are up to 20ft tall and will be mounted on their own Fallas as a representation of religious, historical and political figures. The groups tasked with creating these wonderful pieces are known collectively as Casal Faller.

The first day is when the competing Fallas all have to be ready to display and any not completed will not be included in the judging. The second and third days are dedicated to a Catholic Procession called La Ofrenda where flowers will be brought to the central plaza and added to a wooden framed statue of Mary and the bands will play music with a sassy Latin flavour.

There are 5-days of continuous partying processions and residents and visitors to the area are treated to a variety of firework displays every day and the streets are littered with pyro debris. There are representatives from around Europe all assisting in the lighting of the massive amount of pyro on offer.

Each day of this festival begins at 8.00am with a wake-up call from the brass bands marching down the streets of Valencia and surrounding districts and they are followed by the fallers throwing large firecrackers in the street as they go.

The Mascleta is a pyro-musical display which takes place in each neighbourhood at 2pm daily. The pyro-technicians compete for the honour of providing the finale ‘Mascleta’ of the Fiesta.

El Castillo is the final night of the festival and at Midnight, a display of fireworks which lights up the sky and will contain several tons of pyro makes this a magical place to be.

The final night of the festival is known as the ‘Crema’ (or the burning or cremation). All of the Ninots are then placed back onto there Fallas where the fireworks are lit first before the fire begins, reducing it all to ashes.

This year of course the festival has the added facet of having had a new Pope elected during the festival and as the festival is mainly for the Catholic faith, I am sure that the event will be more relevant than ever.

An awesome new pack has just dropped here at EPIC fireworks! via GIPHY A marvel fans dream come true, this Avengers ...
Read More
Filed in: Falles, Festival of Fire, Fireworks, las fallas, Spain Valencia, Valencia
Share:
Find us on Facebook Find us on Twitter Find us on Pinterest Find us on Instagram Find us on Tumblr Find us on Vimeo Find us on Youtube Find us on LinkedIn Find us on Flickr
Previous article BACKPACK MOUNTED FIREWORKS DISPLAY