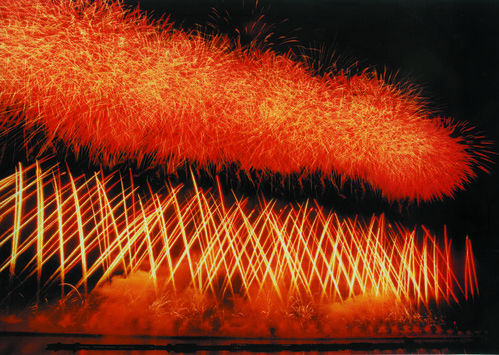 Beijingers were fired up about fireworks yesterday when 671 licensed pyrotechnics suppliers opened for business within the Fifth Ring Road.

Many customers were eager to get their hands on some decorative explosives - even if some had their enthusiasm extinguished by the cost.

"There were customers waiting for us before we opened our counter at 9 am this morning," said a female storeowner, surnamed Chen, from her business near the Ito Yokado store on the North Fourth Ring Road.

"Customers have been coming in throughout the morning," she said.

"Most of them were kids who came and bought some less powerful fireworks. We are open until 9pm, so most parents are likely to drop by after work," she added. Around 30 customers stopped by the store while METRO was there to check out the merchandise, although only two bought items, spending around 500 yuan.

"I think I could not get as many fireworks this year as I did last year for the same money, the price is higher," said a female customer who spent 300 yuan on firecrackers. "My husband and son like setting off fireworks on Chinese New Year's Eve, so I just bought some for them."

A male customer agreed that the price was a little steep.

"I feel most fireworks are more expensive than last year," said the man, who was in his mid-40s, after browsing for about 20 minutes.

According to the municipal government's fireworks regulations, the shops can stay open until Feb 28.

Qatar is the first middle eastern country to host the world cup, which was opened in spectacular style with a knock-y...
Read More
Filed in: beijing, Chinese New Year, Firecracker, Fireworks
Share:
Find us on Facebook Find us on Twitter Find us on Pinterest Find us on Instagram Find us on Tumblr Find us on Vimeo Find us on Youtube Find us on LinkedIn Find us on Flickr
Previous article TOP 5 HALLOWEEN FIREWORKS