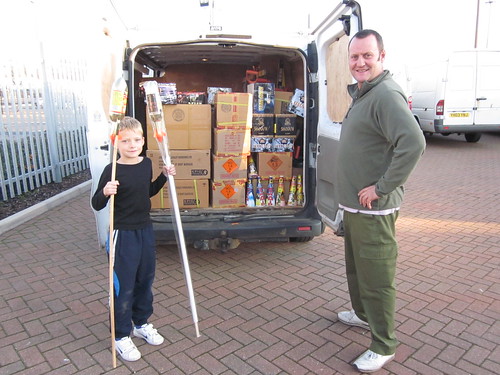 What do you get the man who has everything? – Fireworks of course :)

It must be something to do with the explosive nature but fireworks are definitely boys toys. The number of grown men who get positively giddy at the thought of setting off a firework is staggering.

In a piece in Men's Health Magazine and Front Magazine, they did a ‘test’ on a number of fireworks from different manufacturers and EPIC blew the rest away.

So, if you are planning a gathering, perhaps an afternoon tea or barbecue to let your dad know just how special he is, come over to see us and we'll find something to suit your father.

Some facts about Fathers Day:

• Mothers day is 40 weeks after Fathers Day – the gestation period of a pregnancy.
• Fathers day is accredited to Sonora Smart Dodd who invented her own version of this celebration in recognition of her dad William Jackson Smart, a single father who raised six children – this became law in 1972 when Richard Nixon eventually agreed to sign it into law to become a National Holiday in the USA.
• Held on the third Sunday in June it is to honour the fathers and father figures including step-fathers and grand-fathers.
• The date is thought to have pagan beginnings as it also coincides with the Summer Solstice.
• Unlike mothers day which is thought to relate to the Catholic Church and in particular Mary, Mother of Christ, Fathers day doesn't have such support but the church do still acknowledge the festival in recognition of the love, respect and support given by fathers all over the World in support of their family.

Fireworks are different from the usual aftershave or toffees which we all fall back on and you are able to spend as much or as little as you would like to in our store in Tankersley, South Yorkshire.

Open 7-days a week all year round (with the exception of Christmas Day, Boxing Day and New Year's day) we are always here to help you.

Come along, tell us what effect you would like to achieve and we will do our best to meet your requirements. 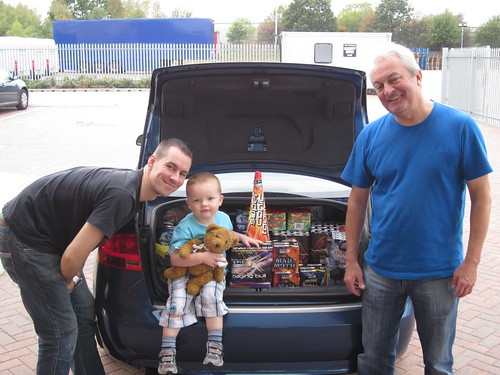 If you’ve ever been to a fireworks display, or even dabbled in setting off your own smaller display at home, you may ...
Read More
Filed in: fathers day, Fathers Day Fireworks
Share:
Find us on Facebook Find us on Twitter Find us on Pinterest Find us on Instagram Find us on Tumblr Find us on Vimeo Find us on Youtube Find us on LinkedIn Find us on Flickr
Previous article AUTUMN LIGHTS RETURNS!