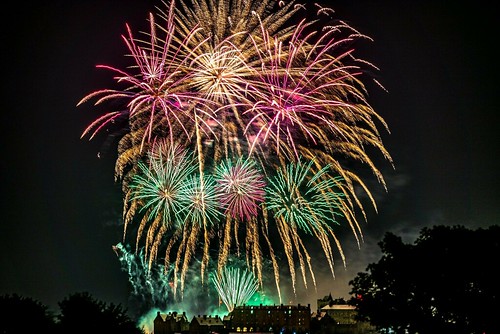 The Edinburgh Festival has come to an end with the city's annual firework display.

Since 2006, Russia has held a Military Music Festival with Fireworks in celebration of the defeat of Nazi Germany in ...
Read More

Bonfire Night (aka Guy Fawkes Night) has long been one of the last opportunities for friends and family to get togeth...
Read More

WHAT: FIREWORKS DISPLAY AND NIGHT RUNWHERE: LINCOLNSHIRE AVIATION HERITAGE CENTRE, EAST KIRKBY, SPILSBY, PE23 4DEWHEN...
Read More
Filed in: Edinburgh Festival, firework video, fireworks display
Share:
Find us on Facebook Find us on Twitter Find us on Pinterest Find us on Instagram Find us on Tumblr Find us on Vimeo Find us on Youtube Find us on LinkedIn Find us on Flickr
Previous article KANDERSTEG INTERNATIONAL SCOUT CENTRE - FIREWORKS