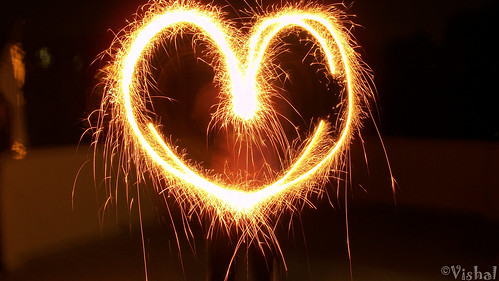 Diwali (aka Deepawali) is perhaps the best known of the Hindu festivals. The word ‘Diwali’ means ‘rows of lighted lamps’. This year, the festival takes place on 26th October 2011.

Diwali also marks the end of the financial year and the majority of Hindu’s submit their end of year accounts. In the Ramayana, Rama, Sita and Lakshmana returned to the kingdom of Ayodhya on this day as it was the last day of the last year of their 14 year banishment. As it was so dark, the subjects of the kingdom, lit ‘divas’ (little wicks doused in ghee – clarified butter) to light the path. The lights are seen as a triumph of good over evil, light over dark, happiness (the homecoming) over sadness (the banishment).

Diwali is also a Sikh festival. It particularly celebrates the the release from prison of the sixth guru, Hargobind Singh in 1619. However Sikhs had celebrated it before that, and the foundation stone of the Golden Temple at Amritsar, the holiest place in the Sikh world, was laid on Diwali in 1588.

In India, oil lamps are often floated on the river Ganges – it is often regarded as a good omen if the lamp manages to get all the way across. For many Indians the festival honours Lakshmi, the goddess of wealth.

People start the new business year at Diwali, and some Hindus will say prayers to the goddess for a successful year.
Some people build a small altar to the goddess and decorate it with money and with pictures of the rewards of wealth, such as cars and houses.

Celebrating Lakshmi - Hindus will leave the windows and doors of their houses open so that Lakshmi can come in. Rangoli are drawn on the floors - rangoli are patterns and the most popular subject is the lotus flower. This because images of Lakshmi traditionally show her either holding a lotus or sitting on one.

There is much feasting and celebration, and the Diwali lamps are regarded as making it easy for Lakshmi to find her way to favoured houses.

At Epic, we celebrate Diwali with our family and stock a number of packs created especially to meet the ethos of this wonderful celebration. Check out the Diwali Dazzle display pack, full of spectacular aerial effects, sound and lighting. This costs £295.00 including VAT and can be delivered to you free of charge if required. Of course, if you come along to collect instead, you will receive 4 of our massive Sky Thriller Rockets free of charge.

There is nothing more spectacular than watching a firework display which has been perfectly designed to music. That s...
Read More
Filed in: DISPLAY PACKS, diwali fireworks
Share:
Find us on Facebook Find us on Twitter Find us on Pinterest Find us on Instagram Find us on Tumblr Find us on Vimeo Find us on Youtube Find us on LinkedIn Find us on Flickr
Previous article TONEGAWA FIREWORKS FESTIVAL 2022