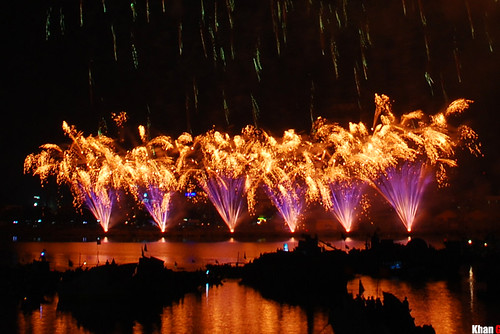 On 29th and 30th April this year, teams will once again participate in the 6th Annual Da Nang International Fireworks Competition.

The 2012 Competition will crown the champion of champions as all four International teams are previous winners of the event.

All four along with representation from Vietnam will be judged on a number of different facets including:

• The idea, the theme of diversity and performance.
• The richness, diversity of colours.
• The originality and quality of performance.
• The size and quantity of effects.
• The synchronization between sound and image,
• The appropriateness of music with images of fireworks.
• Comply with the theme and demonstrate the significance of the contest theme.
• Length of performance: from 20 to 22 minutes.

The programme of events:

This years organizer, The Peoples Committee of Da Nang confirm that the events will be staged in strategic areas including streets, buildings and on the Han River Bridge and Phuoc Thuan Bridge as well as on a number of boats and barges actually on the river.

Last years event was said to be totally breathtaking and this year promises to be even better with competition to find ‘The Champion of Champions’ on the international stage over in Vietnam. 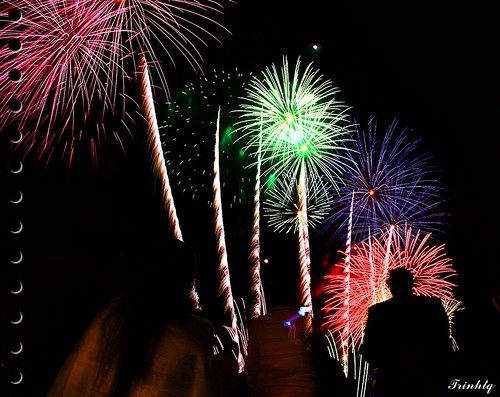 There is nothing more spectacular than watching a firework display which has been perfectly designed to music. That s...
Read More
Filed in: Da Nang Fireworks 2012
Share:
Find us on Facebook Find us on Twitter Find us on Pinterest Find us on Instagram Find us on Tumblr Find us on Vimeo Find us on Youtube Find us on LinkedIn Find us on Flickr
Previous article TONEGAWA FIREWORKS FESTIVAL 2022