City To Look Into Diwali Fireworks 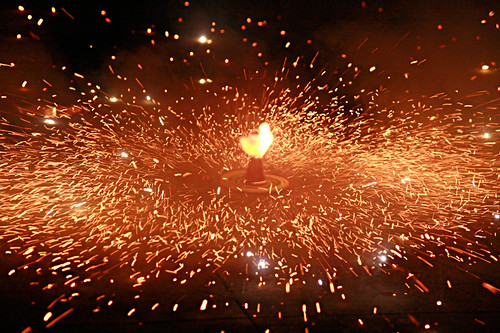 A request from Hamilton's Hindu and Sikh communities to allow fireworks during annual Diwali celebrations received support from a city committee yesterday.

The economic development and planning committee has asked staff to review Hamilton's current fireworks bylaw to see if it should be amended to allow fireworks during Diwali.

"Diwali is one of the oldest festivals in the world," said Budh Singh Dhillon, in a presentation to the committee.

"Fireworks are embedded in Diwali. There is no Diwali without fireworks and lights."

Baljit Grewal, a Stoney Creek grocery store owner, applied to the city to be allowed to sell fireworks for Diwali.

"We were shocked to find out that fireworks are only allowed on Canada Day and Victoria Day," Dhillon said.

"I'm asking the committee to amend the bylaw to return the glory back to Diwali."

Dhillon dismissed concerns from fire officials that Diwali fireworks would increase the risk of fires in Hamilton.

"I have not seen any reports that we have more fires in Hamilton celebrating Victoria Day and Canada Day."

He also noted Brampton, which has a large South Asian community, allows fireworks during Diwali celebrations.

Ward 2 Councillor Bob Bratina said the city should review the bylaw, in part because fire codes have changed since the 1950s when the fireworks restrictions were enacted.

"We should also acknowledge that the city of Hamilton was a different place in terms of diversity 30 and 40 years ago than it is today."

Councillor Brian McHattie said he has seen Diwali celebrated in India "and it's a joyous occasion deeply built into the history and religion."