CARLISLE FIREWORK SHOW 2011 WILL NOT BE AXED 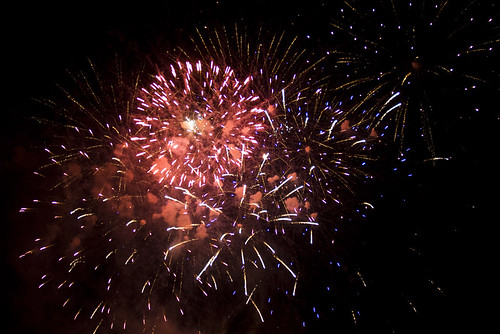 The annual event in Bitts Park on the Saturday nearest November 5 attracts an estimated 35,000 people making it the city’s largest spectator event by some distance.

But with the city council laying off staff and grappling with a £1.1m cut in a grant from central government, there had been fears that it might be sacrificed.

Mr Mitchelson has moved to quell such speculation, just as the council’s ruling executive was due to meet today to thrash out budget cuts for 2011-12.

He said: “I want to assure people that the fireshow will continue in its current form in Bitts Park. It is the major event that the city council puts on and has been acclaimed nationally.

“Some people have questioned why we’re staging it when times are hard.

“But it’s an event for our community and attracts visitors to Carlisle in large numbers. We’re also providing a safe environment for people to enjoy fireworks and a bonfire.”

It costs the council around £50,000 to stage the fire show, although £14,000 is recovered in sponsorship, concessions and donations.

The council says the net cost is less than 45p for every resident of the city.

It also points to opinion surveys carried out on its behalf that show the fireshow is rated highly by the public.

Collections at the fireshow raise around £7,000 for the Mayor of Carlisle’s charity fund.

This year’s event will be on Saturday, November 5th.

Thanks to constant improvements in firework manufacturing, and a thirst from importers to deliver the most impressive...
Read More
Filed in: 2011, Carlisle, firework display, fireworks show, UK
Share:
Find us on Facebook Find us on Twitter Find us on Pinterest Find us on Instagram Find us on Tumblr Find us on Vimeo Find us on Youtube Find us on LinkedIn Find us on Flickr
Previous article TONEGAWA FIREWORKS FESTIVAL 2022