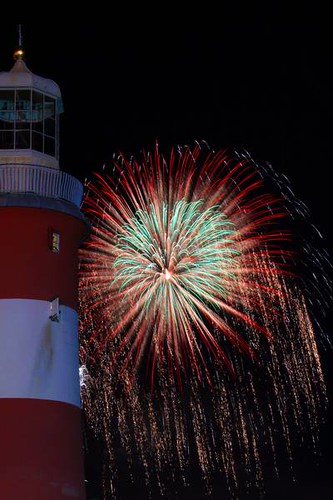 It started back in 1996, where each year six professional fireworks companies take part in the British Firework Championships - and it's back.

The world-renowned British Fireworks Championships will once again be taking place at The Hoe - Plymouth’s jaw-dropping waterfront on Tuesday 13th August and Wednesday 14th August 2013.

This year’s fireworks show will see the return of the ‘Champions of Champions’ competitions after the unfortunate weather conditions halted the competition last year.

Entertainment will begin on the Heart FM stage from around 6.00pm and the first fireworks display will start at approximately 9.30pm as dusk descends.

The competing teams are as follows:

This year, for the first time, there will be an extra prize of £750 for 'innovation'. The criteria are that each competitor is invited to submit a brief description (which could include images) of a single aspect of their firework display which may be considered for the new innovation prize.

Innovation could be in any of the following forms:

Submissions will be evaluated by a technical committee including the event organisers and the adjudicator and the prize will be awarded by them on the basis of the submission and, if applicable, the execution of the innovative aspect during the preparation, rigging or during the display itself. The Committee’s decision will be final.

This awesome family-friendly event has loads to offer throughout the day too. There are loads of things to do and see, from boat trips around the famous Naval Dockyards to visit some of the City’s tourist attractions, including the National Marine Aquarium, the Wheel of Plymouth and the world-famous Smeaton's lighthouse.