British Fireworks Championships Off To A Wet Start 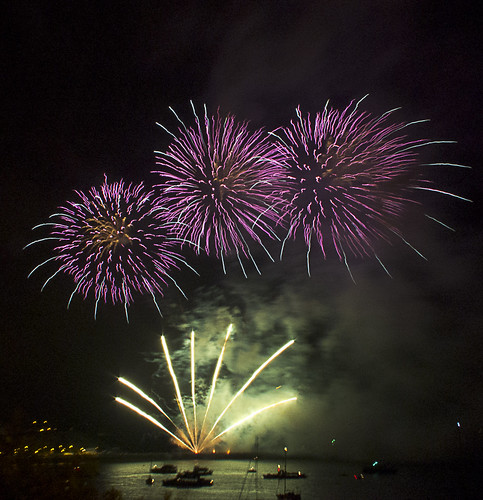 The gathering throngs from the first day of the 16th British Fireworks Championships had to prepare for the weather as usual in the UK as the heavens truly opened.

Mick and Jo from Hull contacted us yesterday to let us know that they were on their way down and the weather was not going to be a deterrent as the pyro nuts gathered in force.

This year’s championships are a Champion of Champions competition featuring some of the finest fireworks firers in the UK at this time. The six teams will compete over two nights to prove who truly can say that they are the best of the best. Marked on a range of factors, the competitors fire a staggering array of rockets from the Mount Batten Breakwater.

The spectators were pelted with rain yesterday evening as the first night got underway. Being the UK though, the majority of the crowd had come to the display ready for anything. Some of those watching have been visiting the display for many years and continue to do so with their own families having to be there with their parents and grandparents in the past events.

Last night kicked off with displays from Star Fireworks, Phoenix Fireworks and MLE Pyrotechnics. For tonight three more former champions – Selstar Fireworks from West Sussex, Pendragon Fireworks from South Wales, Jubilee Fireworks from the West Midlands – will attempt to take the coveted title which brings with it the honour of being Britain’s top firework company.

Unfortunately, due to massive storms and high winds, the event had to be closed for safety reason as there were waves coming over the top of the seawall. The decision has been taken to re-organize both evenings next year instead of in the interests of fair play. I am certain that the organizers didn't take the decision lightly and we look forward to next years' event.