We know from the sheer number of customers that have passed through the doors this weekend that celebrations can take on a whole different slant when they involve two things that men love most, barbecues and boom. Fireworks have been around for many thousands of years and as we have covered in the past, the trend appears to be crossing over to any manner of celebration. Whether it is watching an EPIC game of tennis, which thrilled us all when Andy Murray became the first British player in over 70 years to take the Wimbledon Men's Singles title, or having a gathering with family and friends for a barbecue with family and friends, they now include fireworks as part of the list of purchases required to make sure that they have a celebration to remember.

Over in the USA a couple of days ago, they celebrated Independence Day on the 4th July with fireworks all over the country but does this mean that there are only a couple of occasions in the World calendar when fireworks have always formed part of the celebrations. Indications are that contrary to popular beliefs, the popularity of fireworks, whilst it grew over the millennium into the massive business that it is today, there is any number of countries which as far back as records show, have included pyro on some level.

Take Thrissur Pooram in India, they have been holding a celebration including fireworks for many hundreds of years and over in Europe, particularly in Spain, they have included fireworks in their religious festivals to frighten away evil, whether in the form of opposing factions or in the case of the Devil, the humble firework has had its work cut out. 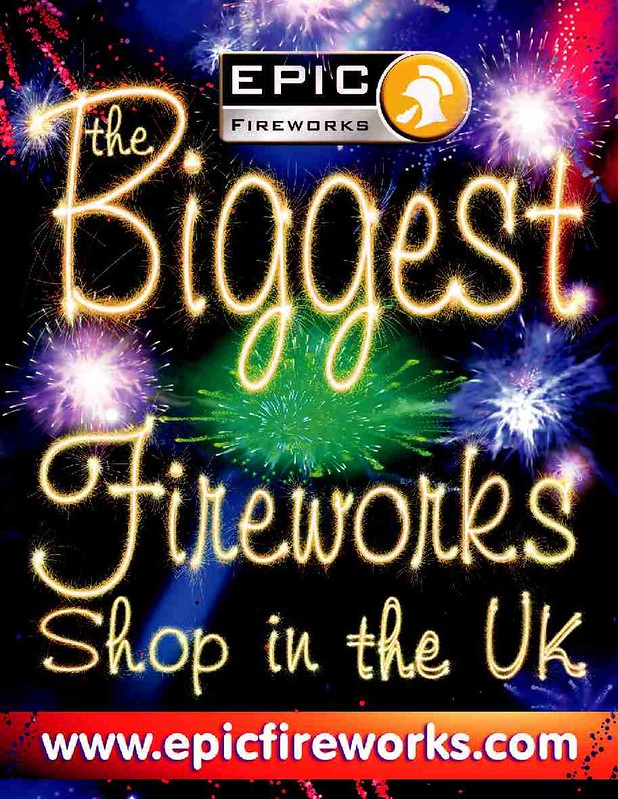 Here in the UK, we should consider ourselves fortunate that we have very limited restrictions on fireworks and are able to use them pretty much every day of the year and yet for some, the celebrations including fireworks have in the past been just Bonfire Night and New Year's Eve. It is a little-known fact that you are able to have fireworks every day of the year between the hours of 7:00am and 11:00pm other than Christmas, Diwali and New Years Eve when you are allowed to continue to fire until 1:00am and on Bonfire Night until 12:00 midnight.

So, the upshot is, we as a country have some of the best and fairest firing times and can actually have more powerful fireworks with bigger and better effects than those permitted in the USA and yet, we still omit to take advantage of this.

If you would like your barbecue this coming weekend, during what is going to be the hottest Summer in many years according to forecasters, to be one talked about for many years to come, why not add some firepower to proceedings. With packs starting from £295.00 for a full on display to single pieces available directly from our bespoke showroom in Tankersley for just a few pounds, why wouldn't you? Come along to see us, just 2 minutes off Junction 36 of the M1 or browse our website for details of all products and safety requirements and of course, from all the team at Jimmy's, we look forward to seeing you soon for some Boom Boom to go with your Barbecue.

WHAT: Flamborough Fire FestivalWHY: New Year CelebrationsWHERE: The Festival Arena is situated at Mereside, Flamborou...
Read More
Filed in: Barbecue, Barbecues, Bonfire Night, Boom, display packs, Epic Fireworks, firework, party, Summer
Share:
Find us on Facebook Find us on Twitter Find us on Pinterest Find us on Instagram Find us on Tumblr Find us on Vimeo Find us on Youtube Find us on LinkedIn Find us on Flickr
Previous article FIREWORKS CHAMPIONS AT NEWBY HALL