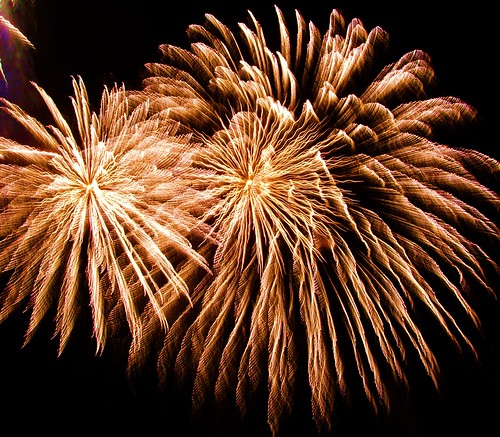 The 2013 competition got underway on Friday 6th September with the first display being offered up for judging by Rocket Pyrotechnics from Ireland.

The display was nothing short of beautiful - you can view the video by team Ireland here - which is to be expected from the Irish contingent as they were outright winners in 2009. That said I am sure it was still quite a nerve-wrecking time as the team to kick off the proceedings.

There were some truly terrible weather conditions to deal with again this year but at least, unlike last year when the winds reached gale force, they battled through the rain and wind and got the competition underway with no major issues to report. The stars of the show were definitely the fireworks themselves as they used the dark skies over the Irish Sea to display their beautiful wares. HUGE shell bursts, the bright colours, noise and massive reports cracking the air and of course the smiley faces, hearts, criss-cross and flying UFO’s to name but a few

Being from the emerald isle, there were, of course, a few green fireworks to be appreciated and many an ‘irish themed’ night on offer around the town to warm the cockles after a good blow out on the promenade.

Looking forward to this Friday 13th as the team from Vulcan Fireworks, China fires their display. Good luck once again to all the team competing and we hope to bring you some footage as soon as it is available.

Mine cakes are a harder to find, seldom seen, firework which unlike traditional mines are made up of multiple tubes a...
Read More
Filed in: 2013, Blackpool International Fireworks Competition, Competition, firework, fireworks competition, Ireland, Pyrotechnics
Share:
Find us on Facebook Find us on Twitter Find us on Pinterest Find us on Instagram Find us on Tumblr Find us on Vimeo Find us on Youtube Find us on LinkedIn Find us on Flickr
Previous article SOUTHEND’S FIREWORK DISPLAY IS TO MAKE A COMEBACK THIS YEAR!