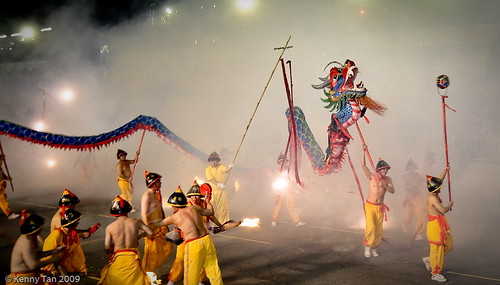 In the Bin Yang region of Nanning, Guangxi, China, they celebrate each Chinese New Year with a famous festival.

Held on the 11th day of the Chinese New Year (also known as the Lunar New Year, or in China, just “The New Year”) Bin Yang is the central attraction of the whole province bringing in half a million locals and visitors to the region to join in the celebrations which include parades, floats (very American), lantern festival and of course the dragon dance in firecrackers.

This local festival has a centuries-old history attached to it with its beginnings in the Song Dynasty (960 – 1279), the development into something closer to what we see today happened during the Ming Dynasty (1368 -1644) and finding its place in history and in the cultural calendars of China in the Qing Dynasty (1644 – 1911). In other words, it did not happen overnight. This is a festival that has grown and developed over the centuries to become what it is today and is steeped in history and culture. This is what has made the Bin Yang Firecracker Dragon Festival so intense and famous across China. 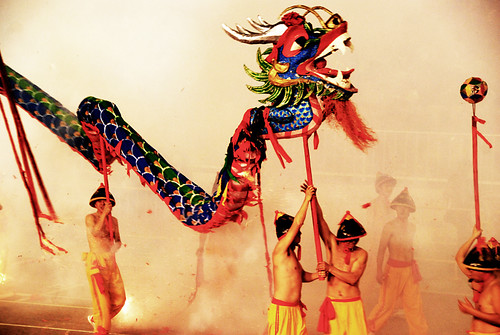 Here at Epic we celebrate all cultures and celebrations and Chinese new year is no different so here are some facts y...
Read More
Filed in: china, Chinese New Year, dragon dance, Firecracker, Guangxi, new year
Share:
Find us on Facebook Find us on Twitter Find us on Pinterest Find us on Instagram Find us on Tumblr Find us on Vimeo Find us on Youtube Find us on LinkedIn Find us on Flickr
Previous article BUYING FIREWORKS AS A GIFT