Saturday 6th August 2016 sees the third in the series of competitions held at some of the UK’s most beautiful stately homes. This week, the competition will be held in the grounds of the stunning Belvoir Castle in Grantham, Leicestershire.

Belvoir remains the family home to the Duke and Duchess of Rutland and their children and the Belvoir Estate has been owned by the family for over a thousand years. The current Castle has managed to dodge the bullet in regards to major repairs since the last fire in 1816 and is open to the public for numerous corporate events, shooting and weddings.

The perfect place to take the family along with a huge picnic blanket and take in the sheer beauty of the place before the fireworks get under way just after 9.15 with a demonstration/tutorial about Category 4 pyrotechnics (professional use ONLY) before the competitors take their places.

The teams competing at Belvoir Castle this year are as follows:

Based in Newport, Skydazzle is run by the whole family who share a passion for pyrotechnics. Today, fireworks and music are found with a number of events including shows, concerts and privately commissioned corporate events and the company have used all of their 30 year passion to great effect. The company have built up a great reputation and include clients like the Royal Marines, Barrett Homes and Great Western Hotels.

This will only be the second time competing at Firework Champions but Belvoir is one of the biggest in the series and they are going all out for the win.

Cambridgeshire based Kimbolton Fireworks is another long established family run affair which was established in 1964 by Reverend Ron Lancaster.

The company has an international client list which reads like a book of who’s who and they were heavily involved in the firework displays for the 2012 Olympic Games, London’s New Year Fireworks and Hogmanay in Edinburgh.

Kimbolton are the only UK company still manufacturing fireworks but they are EXCLUSIVELY for display company use as they have to be created under special licence and the handlers have to be qualified technicians. They make Gerbs (display fountains), Mines and Roman Candles.

Importers of a wide range of goods from across Europe and the Far East, they use these in conjunction with their own products during competitions etc.

The show has been designed by all the display staff who have each created different sequences and they will be firing with the FireOne firing system.

Based in Chelmsford in Essex, this incredibly busy team of specialists has been operating for a number of years now and their competition prowess continues to grow.

Firework Crazy has a vast retail/wholesale business alongside the professional display team who continue to delight everyone at events all over the country.

The display will be fired by Mark Priest using firing system PyroSure. 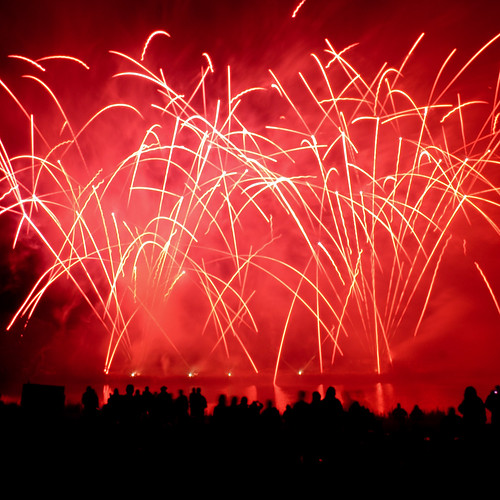 10.40 Once all of the competitors have shown their wares, the organisers MLE Pyrotechnics take to the stage whilst the public votes are cast and counted. MLE’s display will not be subject to competition rules so you may see some really new and innovative pieces. The gates open at 5.30pm to allow people to get settled before the competition gets underway. You are welcome to bring along a picnic and take your positions for best views early doors. Camping overnight is available in the field next to the car park at £10 per adult per night. 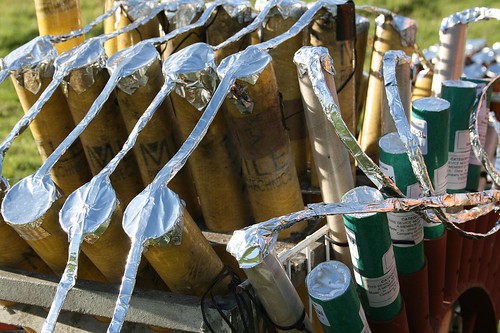 Since 2006, Russia has held a Military Music Festival with Fireworks in celebration of the defeat of Nazi Germany in ...
Read More

Bonfire Night (aka Guy Fawkes Night) has long been one of the last opportunities for friends and family to get togeth...
Read More

WHAT: FIREWORKS DISPLAY AND NIGHT RUNWHERE: LINCOLNSHIRE AVIATION HERITAGE CENTRE, EAST KIRKBY, SPILSBY, PE23 4DEWHEN...
Read More
Filed in: Belvoir Castle, Firework Champions, firework competition, fireworks display
Share:
Find us on Facebook Find us on Twitter Find us on Pinterest Find us on Instagram Find us on Tumblr Find us on Vimeo Find us on Youtube Find us on LinkedIn Find us on Flickr
Previous article CHINESE NEW YEAR 2020 – YEAR OF THE METAL RAT