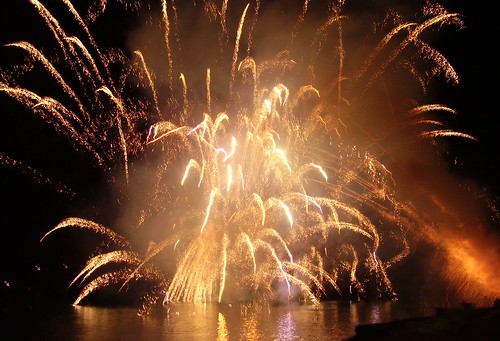 What does Ibiza sum up for you … lager louts, clubbers and hot days and hot nights but rarely would you assume to correlate Ibiza and fireworks.

However, this month there will be four organised firework displays taking part around this beautiful island during the Islands Earth Festival. Fireworks are only the culmination of days of celebrations and we've already published more information about live concerts taking place as part of these Fiestas. This year, there had to be some major cutbacks on the celebrations as there was a huge drop in the funding available so instead of having the usual Nationally renowned artistes playing music, there will simply be some rather good local bands playing.

The fireworks budget was also cut massively but local businessmen have contributed to the funding so the midnight display will not be affected.

The displays are as follows: