2018 marks 100 years since the end of the First World War and it is our chance to sit back and reflect and offer our deepest gratitude to those who fought so very hard to keep England free from tyranny.

10,000 members of the public are being invited to parade past the Cenotaph following the traditional British Legion Veterans march on Remembrance Sunday.

Bells will also feature in the celebrations as the UK and German Governments have agreed to take part in an international event ‘Ringing Out for Peace - Battle’s Over’ which is set to take place on 11th November also. Campanologists from across the UK and Germany will ring their bells and join more than a thousand churches and cathedrals which will be the most widespread bell ringing since the end of the First World War. More than 1400 bell ringers died during the conflict, so it will be a fitting tribute to those and all the men and women who lost their lives on land or the high seas. 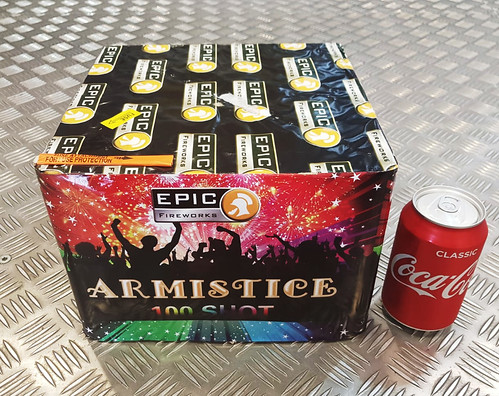 The UK event will be mirrored in Australia, Canada, Denmark, the USA, Somaliland and our own Channel Islands and Isle of Man.

In our own nod to those who lost their lives, we have had a 100 shot all red firework called ARMISTICE made which will be with us in time for Bonfire Night and of course, the innumerable Remembrance events which will be taking place this year.

As we are all aware, dependant on whereabouts you are in the UK and of course which tier your area falls into, will d...
Read More

With plans for a very different Halloween fast on the approach, we are hoping that many will still try to enjoy Hallo...
Read More

Up and down the UK, families are busy getting creative making costumes, scooping out pumpkins and carving spooky face...
Read More
Filed in: 100 YEARS, all red firework, ARMISTICE, Epic Fireworks, firework, red firework
Share:
Find us on Facebook Find us on Twitter Find us on Pinterest Find us on Instagram Find us on Tumblr Find us on Vimeo Find us on Youtube Find us on LinkedIn Find us on Flickr
Previous article NEW COMPOUND CAKE FOR 2020 - WALKING DEAD 200 SHOTS