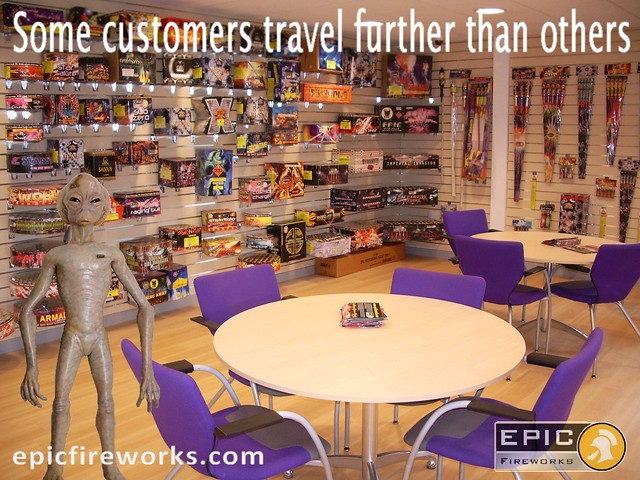 Over the past few decades it seems that whenever we have a celebration, be it New Year’s Eve, Bonfire Night, Independence Day or any other fireworks show, it seems we have uninvited spectators. Google “UFO fireworks” and you will find over 70,000 videos of strange lights, symmetrical formations of unexplained objects hovering above the bigger displays, aerial vehicles that defy our current level of flight capability have been filmed thousands of times.

Although a lot of these images have been attributed to sky lanterns, military aircraft testing, weather balloons, atmospheric anomalies, not all can be explained and remain to this day a mystery.

As technology moves forward, just about everyone now carries a camera phone which can also capture high-quality video, so there is no surprise that reports of these unknown strange events are on the increase. Whether you believe or not, the facts remain the same.

Recently the NASA Curiosity rover exploring Mars found irrefutable evidence that Mars once supported some form of life. Deposits of sulphur, nitrogen, hydrogen, oxygen, phosphorus, carbon, oxidisation, liquid water, all the building blocks of life have been discovered along with a suggestion that Mars once had an atmosphere similar to ours here on earth some 4 billion years ago.

With an approximate 400 billion stars in our galaxy and 18,000 planets suspected of sustaining some form of life the chances of us being alone are slim. When you look a little further out you would find an estimated 125 billion galaxies in our universe, consider the laws of averages and most people would have to agree that we are not alone.
Professor Stephen Hawking eminent physicist, cosmologist and possibly the world’s best-known living scientist agrees that the figures stack up and the chances of us being the only intelligent race in the universe would be thousands of billions to one against.

So what is it about fireworks which appear to intrigue our would-be visitors? Well, I would say it is the same thing that fascinates us, humans. Since fireworks where accidentally discovered by a Chinese monk named Li Tian some two thousand years ago, we have marvelled at the spectacle of a few chemicals, mixed in very specific ratios to make the skies above bloom with colour and light, being used throughout history at some of the most memorable occasions.

If you have ever been lucky enough to fire a big show, the adrenaline buzz of being around all the pyro is somewhat addictive and explains why we as a race are happy to jump out of aeroplanes with a piece of silk to slow our descent, why people race across the globe in boats putting themselves in mortal danger just for the buzz of being the best, the fastest, the highest. We as a race crave the buzz that fireworks give us, which explains why fireworks are usually named to reflect this. Bomb, adrenaline, buzz, devastation, appear across the world in thousands of firework company’s stock lists.

As for the question “are we alone” only time will tell.

Anyone wanting a quick adrenaline fix, just give us a call, with the largest selection of fireworks and rockets in the UK we have something for everyone be it quiet pretty colours or massive loud bursts of noise.

Here are a few videos, make up your own mind.

There is nothing more spectacular than watching a firework display which has been perfectly designed to music. That s...
Read More
Filed in: aliens, firework, Firework Displays, Fireworks, ufo, UFOs
Share:
Find us on Facebook Find us on Twitter Find us on Pinterest Find us on Instagram Find us on Tumblr Find us on Vimeo Find us on Youtube Find us on LinkedIn Find us on Flickr
Previous article SOUTHEND’S FIREWORK DISPLAY IS TO MAKE A COMEBACK THIS YEAR!