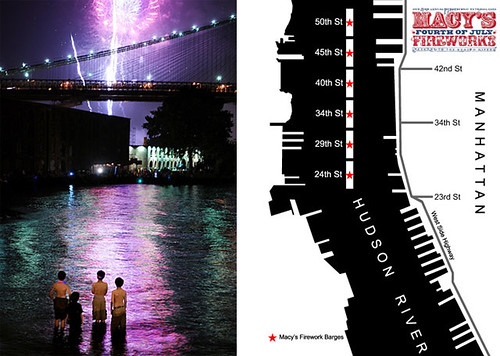 There has already been much oohing and ahhing ahead of this year's annual fireworks display as Macy’s announced that they will be upsetting residents of the East-side once again following the decision to maintain the display on the Hudson River venue.

In 2009, it was claimed that the move to the Hudson River was a one-off to celebrate the 400th anniversary of Henry Hudson’s voyage in 1609, when he had been tasked with finding an easterly passage to Cathay (China). However, here we are 3 years down the line and the display is once again to be held on the Hudson River.

Many tens of thousands of complaints have been made as to how the move has impacted on the trade of the west-side. Whilst we can acknowledge that many may be dissatisfied, the store is in the area local to the Hudson. The east-side was the doorway to America for the thousands of immigrants arriving. However, unless this becomes a wholly publicly funded display where the fireworks bill is not picked up by Macy’s I do feel that the decision should indeed remain with them. Moreover, if the residents feel this strongly about it, why not fund their own display because after all, the display is a gift, not a right.

The display barges will be positioned over two miles, from 18th to 48th Sts., in the Hudson. The pyro company will once again be Pyro Spectaculars by Souza and the man in charge, Gary Souza. This company has been in the business for over 100 years and remains within the family who have lived and breathed fireworks throughout this time. Souza is in charge of the designing and planning for what is said to be the largest display in the USA and begin their planning before the previous display’s smoke has been given the chance to clear.

Once again this year, there will be more than 40,000 fireworks launched from 6 massive barges on the Hudson. The Souza team test the fireworks repeatedly over the Mojave desert to ensure consistency in the handmade products and to enable them to pinpoint timings to within a split second in conjunction with various pieces of music.

The theme of the display is ‘American Harmony’ and the musical styles will be everything from gospel to acapella to the orchestral music of many different styles. The best place to view the fireworks is on the New Jersey waterfronts of Hoboken and Weehawken. You may also watch them from any point on the West Side Highway, south of 45th Street.

Over in the UK, it matters not but let's be fair about this, fighting over where the display is going to take place does seem a little extreme. We, fortunately, will no doubt be able to see the display online or on the NBC news special, but I do feel that in the interest of fairness, it should perhaps be moved around the city. 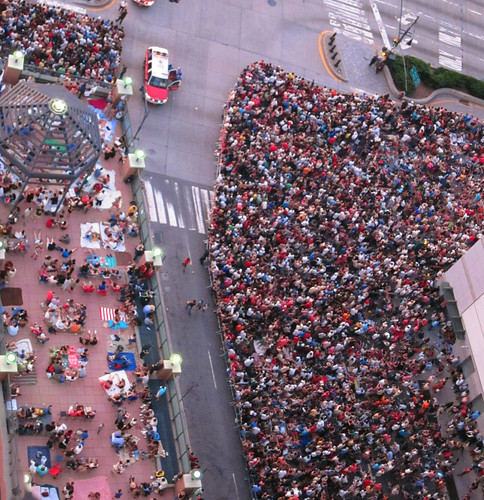 We have added quite a few new products to our range recently, keep reading to see the details on these. Afterglow Fou...
Read More
Filed in: 36th, Fireworks, Independence Day, Macys
Share:
Find us on Facebook Find us on Twitter Find us on Pinterest Find us on Instagram Find us on Tumblr Find us on Vimeo Find us on Youtube Find us on LinkedIn Find us on Flickr
Previous article SOUTHEND’S FIREWORK DISPLAY IS TO MAKE A COMEBACK THIS YEAR!