Last year being the first year since 1997 the British Fireworks Championship had to be reluctantly cancelled due to the coronavirus pandemic.

Rest assured this year’s spectacular pyrotechnics competition is said to make up for it hosted by Plymouth City Council and The Event Services Association (TESA).

From 9:30pm six competitors will battle it out over two nights to win the Nation’s best fireworks company of the year. 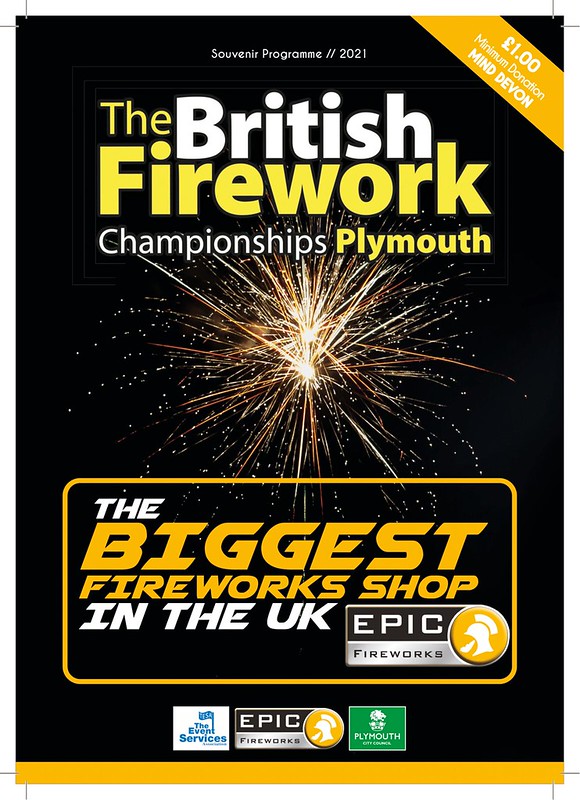 It is sure to be a showstopper!

With each candidate producing a ten-minute extravaganza from mount batten pier for up to 100,000 people, most being stood at one of Plymouth’s perfect viewing platforms the Plymouth Hoe, as well as the Mount Batten Peninsula.

At the Plymouth Hoe there will be a fun fair, food, and drink stalls to enjoy before the spectacular show begins.

And as if the epic show wasn’t already enough, there will be live entertainment before the fireworks show starts from 2pm on the Plymouth Hoe.

As always this event is sponsored by Epic Fireworks.

The official firing order for the British fireworks Championship is as follows:

Here at Epic Fireworks, we wish all the competitors the very best of luck!

The British Firework Championships will go ahead tomorrow and the event will be dedicated to those who lost their lives in the Plymouth shootings.

Five 'heart shaped' fireworks will be set off at approximately 9.15pm on Wednesday and Thursday evening.

Plymouth City council has said that this year will provide an opportunity for the community to come together after being rocked by the tragic events of last week.

If you’ve ever been to a fireworks display, or even dabbled in setting off your own smaller display at home, you may ...
Read More
Filed in: 2021, British Firework Championships
Share:
Find us on Facebook Find us on Twitter Find us on Pinterest Find us on Instagram Find us on Tumblr Find us on Vimeo Find us on Youtube Find us on LinkedIn Find us on Flickr
Previous article AUTUMN LIGHTS RETURNS!