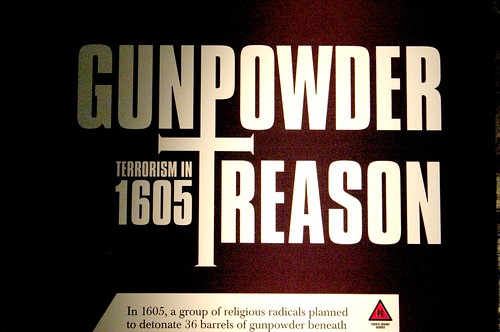 Hi folks – Moonlight Shadow here, with a different style of blog. No silly jokes, no childrens cartoons, just a bit of historical discussion. Firstly, I’ll look at the men behind the plot, based on my own reading and research. Further blogs will consider the events themselves, and finally why we choose to celebrate on this day.

The leader of the plot, and the “brains” behind it, was a man named Robert Catesby. To understand him, we need to understand he was powerful – a man of wealth and power, and influence. He also appears to have been a natural leader, a “hero figure”. I’m tempted to see him as little more than a politically ambitious individual, loyal as much to his own career and status as to his Faith.

The really posh one – Thomas Percy- an aristocrat through and through, of the Percy family, we can assume that he was motivated by religious conviction, as well as an aristocratic sense of “adventure”. It is also worth noting that his own power and position was very much under threat in early 17th century England – he also had a lot to lose under current laws.

John, or Jack, Wright – the swordsman. Argued to be the best blade in England, it remains unclear how true this was. It appears that he picked up his strong and radical Catholic leanings whilst at School in Yorkshire, with non other than Guy Fawkes.

Thomas Wintour – The brains of the group (or at least, the educated one) – a lawyer, who spoke many languages, he seems to have developed an academic belief in the righteousness of his faith- a dangerous combination.

And Guy Fawkes. Now, of them all, perhaps the least significant or influential, and yet the one we all rememeber. Of what we really know of him, there is little more than that he was a competent soldier, trained in the use of explosives, and seems to have developed a somewhat personal hatred of King James VI . Possibly one of the most vicious of the group, although other accounts have him down as shy and reserved, and of mild manners. Click here to view a video of the Gunpowder plot.