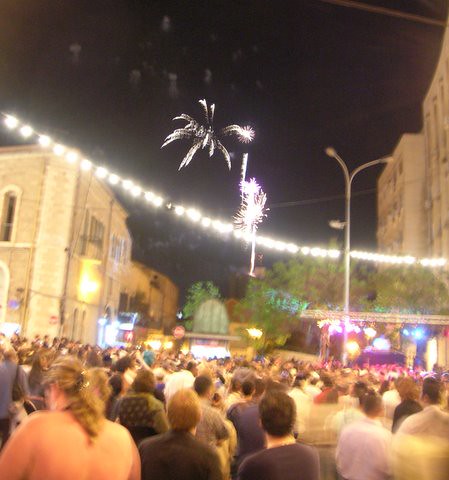 Tonight at 2330 a massive fireworks display will light up the skies of Jerusalem to celebrate the end of Memorial Day and 64 years of Independence.

Popular religious Zionist music will be played on the HaMashbir Stage in King George St Downtown Jerusalem, while bands for the younger generations will feature on the stage at Kikar HaHatulot, and in the pedestrian mall on Hillel St, next to Ben Yehuda St.

At Safra square city hall, for those wanting to celebrate into the small hours, a songfest with Israeli folk dancing starting at 2230 and will carry on until approximately 0300.

Opposite the old city walls near to Mamilla Students have arranged a D.J, entrance is by ticket or with a small cover charge at the door.

For those otherwise engaged local TV stations will be broadcasting live from areas around the city.

Sounds like a good night to the Epic gang, but unfortunately, we're far too busy getting ready for the Diamond Jubilee and Olympic Celebrations of our own to attend, orders already being put together and dispatched, most customers wanting to (and well done to those that have) get their orders in early to avoid disappointment. 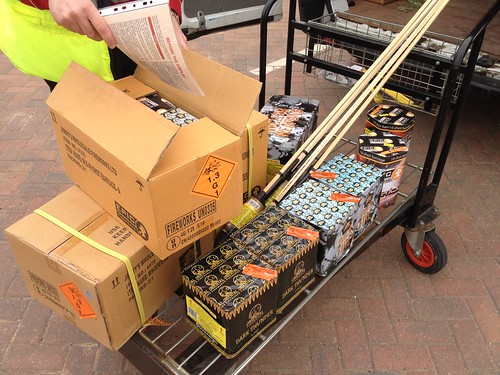 Announcements that Christmas may be as close as possible to normal following on from the news that there is an effect...
Read More
Filed in: Fireworks, Yom Ha Atzmaut, Yom Ha'atzmaut
Share:
Find us on Facebook Find us on Twitter Find us on Pinterest Find us on Instagram Find us on Tumblr Find us on Vimeo Find us on Youtube Find us on LinkedIn Find us on Flickr
Previous article Recycling Pyro Mesh - Squirrel Feeder