Year of the Tiger

Chinese New Year is almost upon us and is always a great excuse for a fireworks display. Also known as the Spring Festival or sometimes the Lunar New Year, this is by far the largest celebration in China and is celebrated by over 1 billion people worldwide. This year the date falls on the same as Valentines Day so if you are looking for an opportunity to express your love for the Chinese culture, you will never get a better chance. 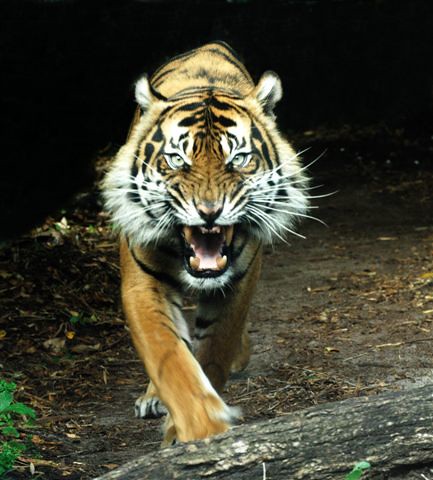 Each year in the Chinese calendar is represented by an animal and this year it is the turn of the Tiger. The animal of your birth year is said to give an insight into the characteristics of the individual. So if you were born in the following years, 1950, 1962, 1974, 1986, 1998 or indeed 2010 (although you are less likely to be reading this), what does it say about you?

Tiger people are sensitive, given to deep thinking, capable of great sympathy. They can be extremely short-tempered, however. Other people have great respect for them, but sometimes tiger people come into conflict with older people or those in authority. Sometimes Tiger people cannot make up their minds, which can result in a poor, hasty decision or a sound decision arrived at too late. They are suspicious of others, but they are courageous and powerful.

So now you know.

If you would like to learn more about the culture and traditions of the Chinese New Year, have a look at the Epic Fireworks Learning Centre which is packed with interesting facts and information –

So enough about history and tradition, get to the fireworks!

Fireworks have been used to celebrate Chinese New Year for centuries and this year will be no exception. There are festivities taking place all over the UK and indeed around the globe, here’s just a few of them.

England – London
Fireworks will illuminate the skies above London on February 21st when the capital’s Chinese community and visitors from across Europe descend on the city to welcome in the year of the tiger.
Chinese New Year is always a spectacular affair and this year Trafalgar Square and Leicester Square will be transformed with wonderful decorations and superb shows.
A selection of international and home-grown dancers will take to the streets to perform music, acrobatics and more, with firecrackers, Chinese dragons and lions adding to the spectacle.
There will also be some special goings-on in Chinatown, with cultural stalls, food and fireworks in abundance.

Indeed the London celebrations will be the largest outside of Asia. With an exhibition at London City Hall displaying some stunning Chinese calligraphy and painting works from Beijing Municipal Institute of Culture and History.

USA – New York
Art director Ethel Kessler worked on the new series of postage stamps with illustrator Kam Mak, an artist who grew up in New York City’s Chinatown and now lives in Brooklyn. They decided to focus on some of the common ways the Lunar New Year Holiday is celebrated. To commemorate the Year of the Tiger, they chose narcissus flowers, considered auspicious at any time of year and thus especially appropriate at this time of renewed hope for the future.

Typically, the Chinese start the New Year with a bang – or rather, many bangs. You can expect to enjoy a huge fireworks display while in New York – its thought that some 600,000 rounds of firecrackers are set off in celebration. That’s a lot of firecrackers!

Fireworks are used as part of an old tradition of frightening away any evil spirits that might be lurking around to spoil the New Year and the display is usually attended by a bevvy of high-ranking officials and famous figures.

After the excitement of the fireworks, numerous dance troupes work their way along Chinatown’s main streets, kick-starting a massive festival filled with cultural performances.

China – Hong Kong
Hong Kong banks were beginning Monday to print 200 million new notes for people to give away as “lucky money” during the Chinese New Year holiday. Up to 10 billion Hong Kong dollars (1.28 billion US dollars) will be given away in traditional red envelopes to children and young people during the holiday.

Long queues form at the city’s three note-issuing banks in the weeks running up to holiday with Hong Kong people insisting on using only crisp new banknotes as part of the annual tradition.

The Hong Kong Monetary Authority said that 266 tons of cotton were needed to make the extra 200 million banknotes.

Record sums of lucky money are expected to be handed out in the wealthy city of 7 million residents, to mark the start of the Chinese Year of the Tiger.

In Hong Kong, where the parade hits Tsim Sha Tsui East on the Kowloon peninsula on Chinese New Year’s Day, and spectacular fireworks can be seen over at Victoria Harbour. Visitors should also watch out for the Chinese New Year Fiesta, which features stage performances held at the New World Centre and the Avenue of Stars.

No Chinese New Year Celebrations would be complete without a lantern festival, this is normally on the 15th day of the festival and marks the end of the celebrations, the lanterns used here differ from those used in the mid-autumn lantern festivals and tend to be red and oval shaped. All over mainland China right now there will be millions of these lanterns, of all different sizes hung up in hotels, restaurants, clubs and teahouses in preparation for the upcoming celebrations.

Of course, if you would like to arrange your own lantern festival check out Epic Fireworks Lanterns and fill the sky with a light on the 15th Day of the Chinese New Year.

Every year around the world, people gather to watch the clock tick over from 11:59pm on December 31st, to 12:00am on ...
Read More
Filed in: china, Chinese New Year, Firecrackers, Hong Kong, Lunar New Year
Share:
Find us on Facebook Find us on Twitter Find us on Pinterest Find us on Instagram Find us on Tumblr Find us on Vimeo Find us on Youtube Find us on LinkedIn Find us on Flickr
Previous article THE HISTORY OF SKY LANTERNS