The UK has it’s fair share of associations and groups but few can trace their origins back quite as far as the Sussex Bonfire Societies (including parts of Kent). There are currently 35 operational Bonfire Societies; some are for the whole family whereas some are exclusively an ‘adult’ affair which has been running since the early 19th century.

In the early days, following the actions of Guy Fawkes and Robert Catesby, King James created an Act detailed as ‘An Acte for a publique Thanksgiving to God Almighty ever year of the fifth day of November’ in remembrance of the close escape from annihilation of him, his Lords and close relations who were gathered for the opening of Parliament. 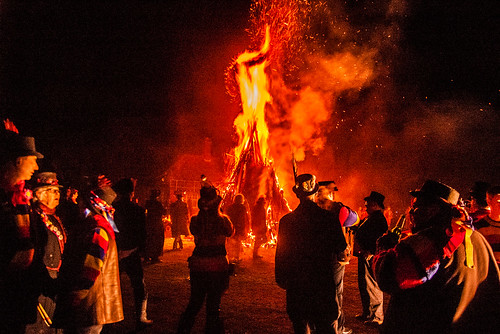 In the early days, celebrations were very low key and subdued but became increasingly riotous and were eventually banned by Oliver Cromwell on the creation of the Commonwealth but re-established years later during the reign of Charles II but again, the celebrations were more hit and miss.

Bonfire Societies started initially in response to the burning of 17 protestant martyrs during the reign of Catholic Queen Mary Tudor. They were originally just a bunch of men who went through the village at leaner times of the year (late autumn and winter) begging for food and where available, alcohol. However, begging was a criminal offence and as such, to avoid detection, they would dress up as pirates or black up their faces leaving them free to do as they wished. Hence the reason that today’s Bonfire Societies adopt a specific colour and type of costume ranging from monks and Saxons to jailbirds and Zulu warriors – the list is long and varied.

The members are fiercely proud and work tirelessly from one year to the next in preparation. The events usually feature an effigy- once upon a time this would have been a very simple ‘guy’ but over the years, this has transformed into something a whole lot more thought-provoking. Some of the effigies burnt have been controversial including several complaints about burning ‘The Pope’ and the numerous ‘No Popery’ signs carried by the revellers on their respective processions.

Last year some of the societies gained national recognition as they were featured on the BBC News. Edenbridge B/S (Bonfire Society) burned an 11 foot effigy of the new Prime Minister Boris Johnson with his infamous mop of unruly hair, cycling helmet, Hawaiian shorts and a couple of red buses for shoes holding aloft an EU cake – the message being that you can't have your cake and eat it – it seems that this message was not taken to heart as he steams forward with the UK’s plans to leave Europe. 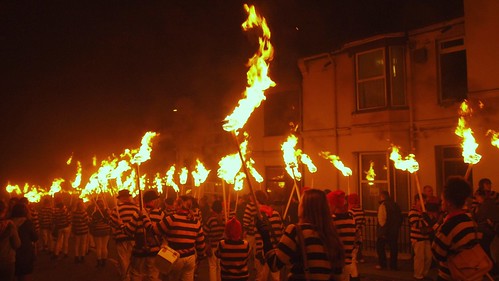 Bonfire Societies across Sussex and Kent have had the proverbial ‘tilt’ at numerous high-profile individuals over the years including premiership footballer Wayne Rooney, outspoken former apprentice participant (and completely hateful woman) Katie Hopkins and even US President Donald Trump.

This year, there will be events from each of the remaining societies starting on 7th September to 16th November. Here is a list of the dates of each:

If you do get the opportunity to get to one of the dates, please remember that there are hot tar barrels being corralled up and down the street, fireworks and a torchlit procession and as such may not be suitable for young children. Furthermore, as a result of their notoriety, particularly since the arrival of social media, these events are getting bigger every year and as they are held in small towns, the crowds can bring about traffic issues so be aware of this before you go along.

WHAT: THUNDER OVER LOUISVILLE 2023WHY: FIREWORKS AND AIRSHOW EVENTWHEN: SATURDAY 22nd APRIL 2023WHERE: LOUISVILLE, KE...
Read More
Filed in: 5th Nov, Bonfire Night, Bonfire Societies, Fireworks, plot night, UK
Share:
Find us on Facebook Find us on Twitter Find us on Pinterest Find us on Instagram Find us on Tumblr Find us on Vimeo Find us on Youtube Find us on LinkedIn Find us on Flickr
Previous article SOUTHEND’S FIREWORK DISPLAY IS TO MAKE A COMEBACK THIS YEAR!