Will You Marry Me Lancework 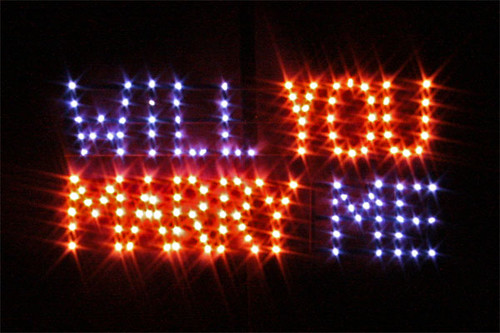 You will need the following at the display site

Setting up on site

Lancework looks best when viewed at a distance. It is classified as DISPLAY FIREWORKS and should be 25M away from people or property. The lances should face or point into the wind to allow the smoke to clear. Do not put it up against a wall or fence where the smoke will be trapped or in a position where obstructions will create air turbulence. If you are firing other fireworks, with the lancework, position these behind the lancework. The lances and fused are weatherproof. Heavy Rain will eventually seep into the area where the fuse and lances meet and ignition will be affected. If rain is expected it would be wise to try and cover the frames with polythene but do remove this before firing.

1. Hammer a stake into the ground then attach a 50mm x 50mm 2M long post (upright) to this using cable ties. A back painted post will look better than plain timber.

2. Use cable ties to secure the lancework frame to the post. Ensure the frame is level.

3. Repeat for the second lancework frame. The two frames should be about 150mm apart level and in alignment. It pays to spend a little time getting this step right.

1. Refer to the two photographs below. In the first picture you will see the right hand end of the ‘WILL YOU’ lancework. There is a single length of fuse about 500mm long hanging down. This terminates in a second (yellow) fuse. This is shown uncovered.

2. The second picture shows the left hand end of the ‘MARRY ME’ lancework. There are two lengths of fuse hanging down. Select the longer one and run it parallel to the fuse on the left hand lancework. Use a 50mm length of Sellotape or masking tape to bind the fuses together. Repeat this a little higher up.

3. Now run the short length of fuse from the right hand frame and tape this, in two places, to the length of fuse above the ‘U’ on the left hand frame. The assembly should now resemble picture No.2 and is ready for firing.

4. Hold the handle of the Portfire in a gloved hand. Light the blue tip. Keep the Portfire away from the red fuse. Light the tip of the, fully extended, yellow fuse at arms length and retire to 25M. The Lancework will light in about ten seconds. 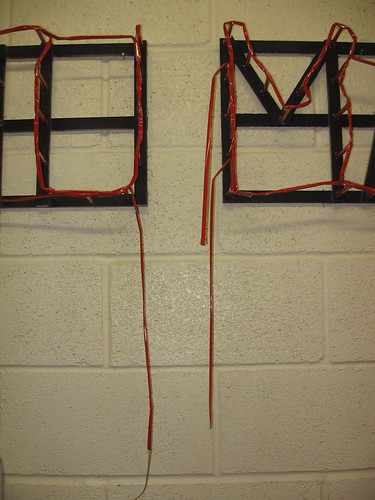 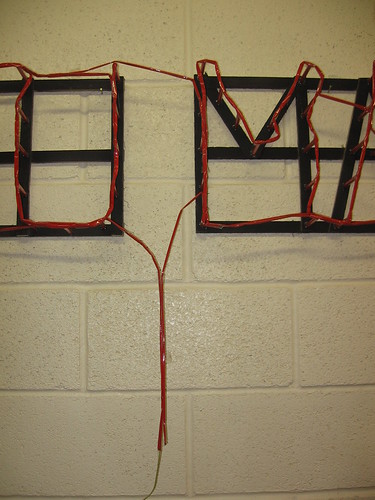 WHAT: Fireworks, bonfire and loads of entertainment!WHY: A brilliant event full of shows, food trucks, warm drinks, a...
Read More
Filed in: lancework, Will You Marry Me
Share:
Find us on Facebook Find us on Twitter Find us on Pinterest Find us on Instagram Find us on Tumblr Find us on Vimeo Find us on Youtube Find us on LinkedIn Find us on Flickr
Previous article THE HISTORY OF SKY LANTERNS