Which Is The Best New Years Eve Firework Bash In Europe? 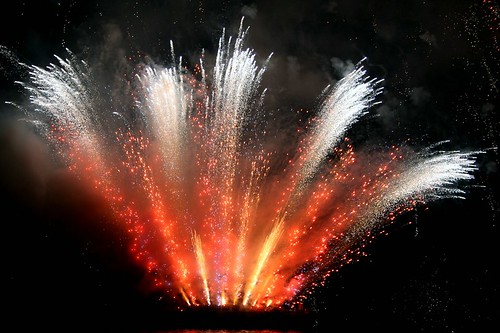 If you are looking for the best place to spend your time with your family and friends this New Years Eve, then Europe is definitely the place to be if you want to see some EPIC FIREWORKS.

Europe has an event to suit every taste, whether you are looking for a huge open air party or indeed, you might be considering something different for a change.

New Years Eve in Germany is known as Sylvester as December 31st is St Sylvesters’s day. Berlin really know how to party. The city has hosted what is largely regarded as the biggest open air party anywhere in the World with over a million revellers taking part in the proceedings. The event stretches from the famous Brandenburg Gate to Victory Column with its 1.2 miles of bars and dance floors with hundreds of bars and tents serving food, local beers and international cuisine along the route.

A laser show and around 2000 fireworks will be fired to add to the celebrations taking place as the ball drops confirming midnight and the start to a New Year which promises to be eventful.

A magical country that is truly East meets West. As a country of two distinct ideals, you really do get two for one. Crowds gather in Taksim Square and Istiklal Street in the City centre where all around there is the sound of blaring horns from the hundreds of vehicles traversing the streets of Istanbul. Alternatively, you could consider also going a little further afield and heading to the ‘posh’ area of town where the streets are lined with party goers, food galore and the best in decorations everywhere you look. If I could also highlight that in this beautiful city, there is no sympathy for the hangover as the call to prayer begins just after you hit the hay!!

When it comes to fireworks, the people of the Netherlands absolutely love em. So much so that the whole of the country is covered in private displays all night starting from around 6pm until well into the following day.

If you would like to gain the best vantage point for viewing the fireworks on the Amstel River, we have it on good authority that the view from Magere Brug. The streets and the squares are all teeming with revellers in this compact city of fun.

If you should get the opportunity to go, we recommend that you try the traditional sweet-stuffs. The Olliebollen (sugar coated doughnuts) and Appelflappen (apple fritters.

For those of you looking for a true Christmas and New Year atmosphere, this is the place to be. There are few places in the World you will find a more beautifully decorated homes and buildings and New Years Eve is equally spectacular. They also love their fires and fireworks and you are surely to get a treat if you take the time to visit this country.

In the evening, following Mass, all the residents take to the streets to build bonfires, take their share (or more than their fair share) of the local beers and spirits on offer. Midnight is celebrated and then the party continues until the wee hours with dancing and merriment sufficient to keep out the Icelandic chill.

A beautiful country steeped in tradition and a great deal warmer than Reykjavik I would imagine.

In the City of Barcelona, it is traditional for the locals to eat a grape on the strike of each of the 12 bells welcoming the New Year. They say that it will bring you luck for the coming year. Think I might even give that one a try myself.

Unfortunately, unlike the rest of Europe, there are very few fireworks as this is about being with family and friends to celebrate with good food, wine and other delicacies. You could consider heading to the beach to join in one of the parties being held at the side of the ocean, waiting for sunrise, partying the night away, welcoming in the New Year.

In Italy, any major event draws big crowds – New Years Eve is no exception. So if you are planning to visit any of the major cities and towns in Italy make sure you allow time for travel arrangements as driving will be impossible.

Bologna is an old city steeped in tradition. Its compact medieval centre with its picturesque porticoed walkways, public squares, great cuisine and wine make this an ideal place to visit, It is best renowned for its left wing political tendencies and has a large gay and lesbian community who know how to have a party. The specialities are of course spaghetti alla Bolognese and meat stuffed tortellini

Bologna traditionally celebrates New Year's Eve with the Fiera del Bue Grasso (fat ox fair). The ox is decorated from horns to tail with flowers and ribbons. The church bells are rung, spectators light candles and of course, fireworks are set off. At the end, a special lottery is held with the winner getting to keep the ox. The procession ends just before midnight in Piazza San Petronio. In Piazza Maggiore there's live music, performances, and a street market. At midnight an effigy of an old man is thrown into a bonfire.

Gay Paris, this is a place very popular with the francophiles as the place to be is France. Listed as one of the top five destinations in the World for celebrating New Year, this is one you should add to your list of things to do. Fortunately, you can make this as inexpensive or lavish as your budget will allow.

For the ones amongst you who like the warmth of a crowd and being outside in the cool air clutching a glass of the fizzy stuff (champagne, not cream soda) you simply have to make your way down to the Champs de Mars park in front of the Eiffel Tower. You can either, eat in one of the hundreds of fantastic restaurants before a gentle walk down, or if you are going all out cheap, buy your sparkling wine, pack your food hamper and a blanket and make your way there and take up your position.

As the New Year is heralded in, the Eiffel Tower explodes with lasers and light in a spectacular show.

This eastern European city is quickly becoming THE place to go. Very cold this time of the year so make sure you take lots of layers of clothing if you are planning to do the night justice.

There are a number of options in respect of entertainment whilst you are there. Ranging from going on a docked ship to a river cruise or indeed spend the night in the warm ambience of the Turkish Baths or The Ruins, the local pubs which as the name suggests are ruins!!

All the main squares and the streets are packed with revellers of every kind and you are sure to receive a warm welcome from the delightful people of Hungary.

Once again, here as in Germany, the New Years celebrations are called Szilveszter Buli and they will hold a huge fireworks display from just before midnight on into the small hours.

So, whether you are in England, Ireland, Scotland or Wales or indeed anywhere else in the world for New Years Eve celebrations this year, keep safe, warm and have a great time.

WHAT: Flamborough Fire FestivalWHY: New Year CelebrationsWHERE: The Festival Arena is situated at Mereside, Flamborou...
Read More
Filed in: Europe, Fireworks, New Years Eve
Share:
Find us on Facebook Find us on Twitter Find us on Pinterest Find us on Instagram Find us on Tumblr Find us on Vimeo Find us on Youtube Find us on LinkedIn Find us on Flickr
Previous article INSTANTLY LIGHTING OVER 10 KILOS OF EPIC FIREWORKS