We were all at breakfast for 0800 sharp and started to sample the food on offer. As I mentioned in episode 8 the food at this particular hotel was awesome and we made the most of it.

We had arranged to be picked up from the hotel at 1000 and the journey to the factory was just under an hour.

The physical size of the factory was absolutely huge - it covered an area of over 4km squared and employed over a 1000 workers. The factory produced everything from small rockets to large professional shells. The factory also had its own dedicated professional display team which went all over China to perform awesome firework displays.

There was shed after shed after shed of workers producing fireworks. As I mentioned in episode 4 most of the production at this time of year was for the American market who need the fireworks for the 4th July celebrations.

Below are some short videos I took of the workers making the fireworks and a guy whose job was to break down the red China clay which is used as the bung in the bottom of the tubes - did you ever wonder why it was a reddish colour?

There were massive rolls of paper ready to be turned into tubes.

The factory also specialises in top quality display shells, check out the video below. 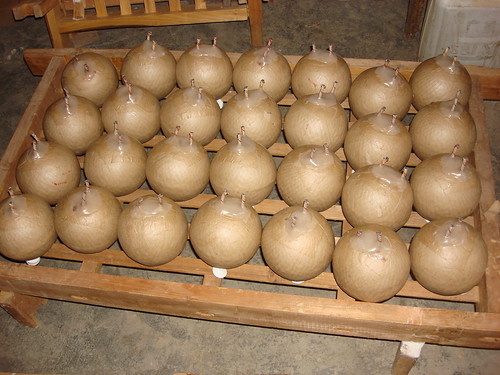 The factory tour took around 3 hours and it was soon dark, time for the firework demo. There were 73 items (mostly 1.3g barrages) to be seen in total, luckily it wasn't raining and the temperature was bearable.

Here is an example of a demo sheet that i talked about in episode 3. The demo list gave you the order in which the firework was to be fired, the type of item (eg, roman candle, mine, sparkler etc.), the number of shots, tube size, powder weight, the packing (eg, 12 roman candles to a carton), shape/dimensions and the firework effects. 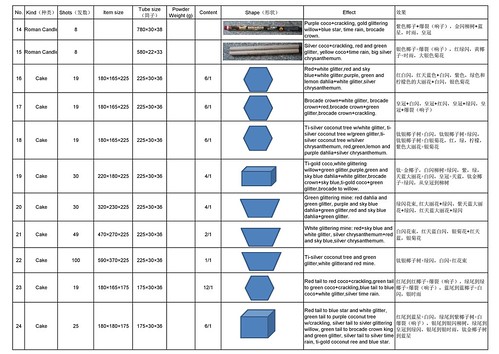 The firework demo took around 2 hours to complete, below are some of our favourite fireworks from the demo night :)

More videos from the demo night can be found on the official EpicFireworks YouTube channel.

After the demo, we made our way back to the hotel. We arrived around 2300, ordered a few beers and discussed what we liked / not liked and what needed tweaking, by this I mean some fireworks were may be too slow, or too fast etc...

Tomorrow morning we would go back to the factory with a list of what we'd like to see again, confirm the prices, confirm the packing, go through the videos from the demo night etc.

Tomorrow afternoon we had planned to go to Brothers Pyrotechnics to meet the boss Garry Wong (picture below with Jimmy), the rest of the Brother's team and have another fireworks demo :)

FACT: Japan produces some of the world's biggest and best fireworks, including record-breaking monster-sized shells l...
Read More
Filed in: Beihai, china, Epic Fireworks, Episode 9, firework factory, Fireworks
Share:
Find us on Facebook Find us on Twitter Find us on Pinterest Find us on Instagram Find us on Tumblr Find us on Vimeo Find us on Youtube Find us on LinkedIn Find us on Flickr
Previous article ROMAN CANDLES - A GRUESOME HISTORY